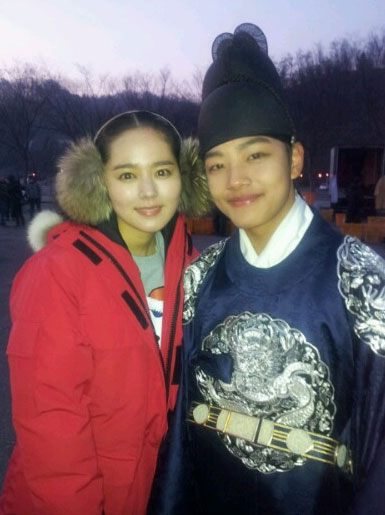 A picture of Yeo Jin-goo and Han Ga –in together has been revealed.

This picture is from the MBC drama "The Sun and the Moon" set. Yeo Jin-goo is the young Lee Hwon and Han Ga-in is the grown-up Yeon-woo.

Netizen's express curiosity as Yeo Jin-goo has no scene to meet with Han Ga-in in the drama.

Those who have seen the picture say, "Yeo Jin-goo and Han Ga-in at last", "It's really grown up Yeon-woo and young Lee Hwon. They look good together" and more.

"Yeo Jin-goo and Han Ga-in's couple picture"
by HanCinema is licensed under a Creative Commons Attribution-Share Alike 3.0 Unported License.
Based on a work from this source