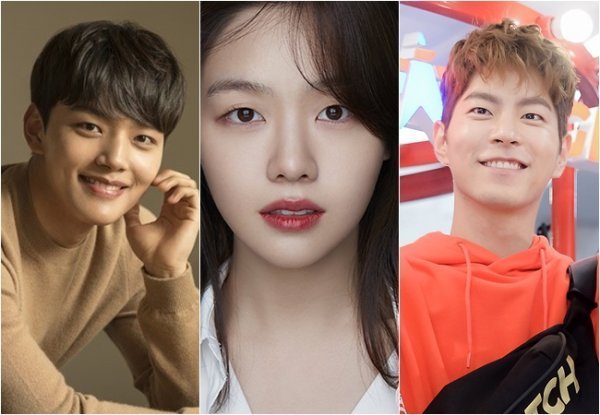 "Absolute Boyfriend" is based on Yuu Watase's original comic, a romantic mellow about Dada, a special effect make-up artist whose heart is stone cold from painful love, and Young-goo, an android.

"Absolute Boyfriend" is bringing together Yeo Jin-goo, who was recently in "The Crowned Clown", Bang Minah from "Beautiful Gong Shim", and Hong Jong-hyun from "The King Loves".

Yeo Jin-goo plays Young-goo, an android who falls in love with the lonely lead actress and is devoted to her. Bang Minah plays Uhm Dada, an analogue kind of person with 100% purity. Hong Jong-hyun is Ma Wang-joon, a top star who is bad-tempered, but soft hearted on the inside.

"Absolute Boyfriend" is a collaboration between writer Yang Hyeok-moon and director Jeong Jeong-hwa. The 100% pre-production drama is done with filming and with efforts concentrated on the edits, the drama anticipates displaying fine quality completion.

Meanwhile, SBS drama "Absolute Boyfriend" is coming in May after "Big Issue".

"Yeo Jin-goo, Bang Minah and Hong Jong-hyun in "Absolute Boyfriend""
by HanCinema is licensed under a Creative Commons Attribution-Share Alike 3.0 Unported License.
Based on a work from this source