Yeo Jin-goo, dancing to "Up and Down" of EXID 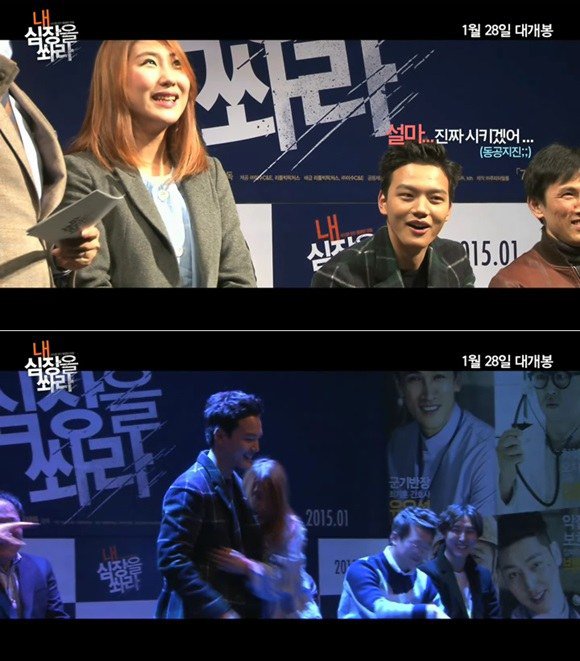 The distribution company, Little Big Pictures of "Shoot Me in the Heart" released images of Yeo Jin-goo captured during the event named "Boys popped out of novels", which took place in CGV Apgujeong on January 16.

Yeo Jin-goo danced along with his female fans to the hit song, "Up and Down" by the girl group. EXID and spent great time with his fans.

Besides presenting his exceptional dancing skills, he also entertained his fans through various events including free hug and taking selfies together.

The film is a drama that unfolds after Soo-myeong has met a friend, Seung-min (Lee Min-ki) of his age, who acts unpredictably. Soo-myeong will go through a transformation from someone with close-minded personality to the one who tries actively to find a real life. It will be released on January 28th.

"Yeo Jin-goo, dancing to "Up and Down" of EXID "
by HanCinema is licensed under a Creative Commons Attribution-Share Alike 3.0 Unported License.
Based on a work from this source