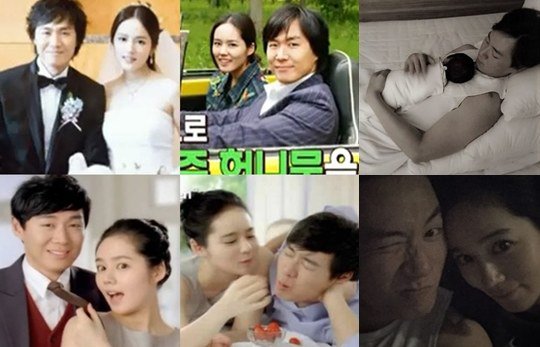 The couple welcomed their first daughter on April 13th this year in 11 years after their marriage. The happy mom and dad had a small event to celebrate their daughter's 100th day like any other parents would do.

Yeon Jung-hoon and Han Ga-in met through KBS 2TV's 'Yellow Handkerchief', 2003. Since they co-starred in the drama, their relationship began and the two finally got married in 2005.

"Yeon Jung-hoon and Han Ga-in celebrate daughter's 100th day "
by HanCinema is licensed under a Creative Commons Attribution-Share Alike 3.0 Unported License.
Based on a work from this source