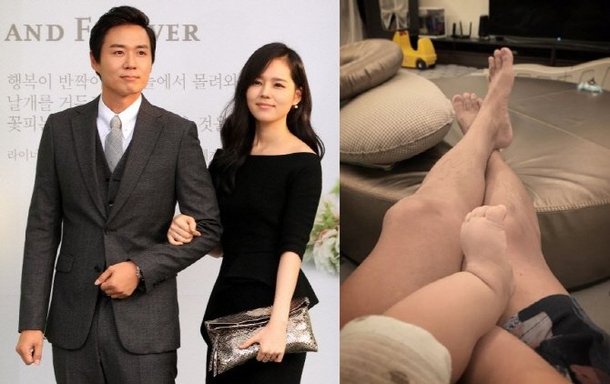 He posted this picture on his Instagram on the 19th saying, "Mr. Youns". 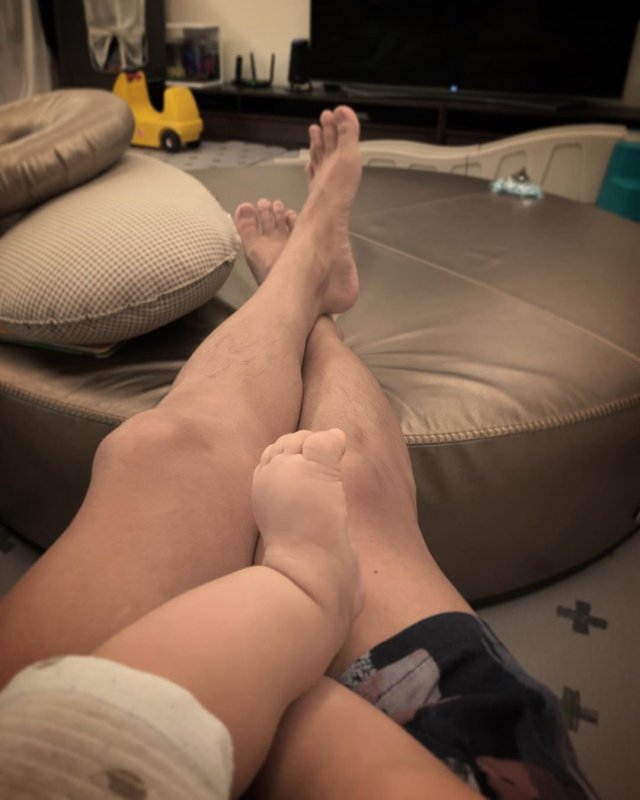 It looks like Yeon Jung-hoon is on the sofa with his son on his lap. They both have their legs crossed.

Han Ga-in gave birth to a son in May this year.

Yeon Jung-hoon and Han Ga-in met in the drama "Yellow Handkerchief" and got married in 2005. It was 11 years later, in 2016, that they had their first child, a daughter.

"Yeon Jung-hoon Reveals Cute Photo of His and Han Ga-in's Son's Feet"
by HanCinema is licensed under a Creative Commons Attribution-Share Alike 3.0 Unported License.
Based on a work from this source