Yeonghwa: Korean Film Today will start on Sept. 22 and last through Oct. 2.

This year, we are pleased to welcome back Yim Soon-rye, South Korea's most highly regarded female filmmaker, to The Korea Society for the Opening Night's screening of "Rolling Home with a Bull" (2010), which follows a young man's forlorn life as a failed poet and unemployed bachelor who winds up taking an unexpected journey throughout the country with his father's cvherished bull and making a series of peculiar run-ins.

This year's Yeonghwa series will also have a special focus on director Jeon Kyu-hwan, whose Town Trilogy films--"Mozart Town" (2008), "Animal Town" (2009) and "Dance Town" (2010)-examines various human lives that exist in Seoul's urban landscape, including those of an African laborer, a Russian exchange student, a reformed pedophile, a North Korean defector, and a dejected print-shop owner. Jeon's Town Trilogy critiques the "town" of Seoul from a sociological auteur's perspective.

And this year, for the first time ever, The Korea Society's film lineup includes two short films by master filmmakers Bong Joon-ho and Hong Sang-soo that were featured at the 2011 Jeonju International Film Festival as a part of their Digital Film Project. These short films will be making their premiere in New York through the Yeonghwa series.

We are also pleased to present the New York premiere of Kim Ki-duk's highly anticipated film "ARIRANG - Movie" (2011), which has created a lot of buzz since its world premiere at the 64th Cannes Film Festival.

Finally, the Yeonghwa series will close with a retrospective of South Korea's legendary filmmaker Lee Man-hee-I, whose works have recently experienced a surge of renewed interest since the 2010 remake "Late Autumn - 2010" of Late Autumn-a lost film that was originally conceived by Lee in 1966. Yeonghwa will screen "Black Hair" (1964) and Day Off (1968).

Yeonghwa, or "film" in Korean, is a good word for cinéastes to know, given the Korean film industry's success at festivals and among critics and audiences worldwide. Korean film blends technical excellence, idiosyncratic individual expression, and an entrepreneurial spirit-filmmakers often write and direct their work, and both actors and filmmakers benefit from the country's homegrown "star system"-while embracing a wide variety of styles and subjects. Korean cinema is generally made for a national audience, so its vision is rarely diminished by compromises in the name of global appeal. This second season of Yeonghwa includes eight feature films, opening with "Rolling Home with a Bull", by Lee Soon-rye (whose 1996 Three Friends was the first film by a female Korean filmmaker to be shown in MoMA's New Directors/New Films), and Jeon Kyu-hwan's remarkable Town Trilogy. Enriching the exhibition are short works by major Korean filmmakers from Jeonju International Film Festival's Digital Film Project and a two-film retrospective of the late popular director Lee Man-hee-I (1931–1975), whose work has recently been rediscovered by a new generation of Korean film critics. All films are in Korean with English subtitles. Special thanks to Laurence Kardish, Senior Curator, The Museum of Modern Art. 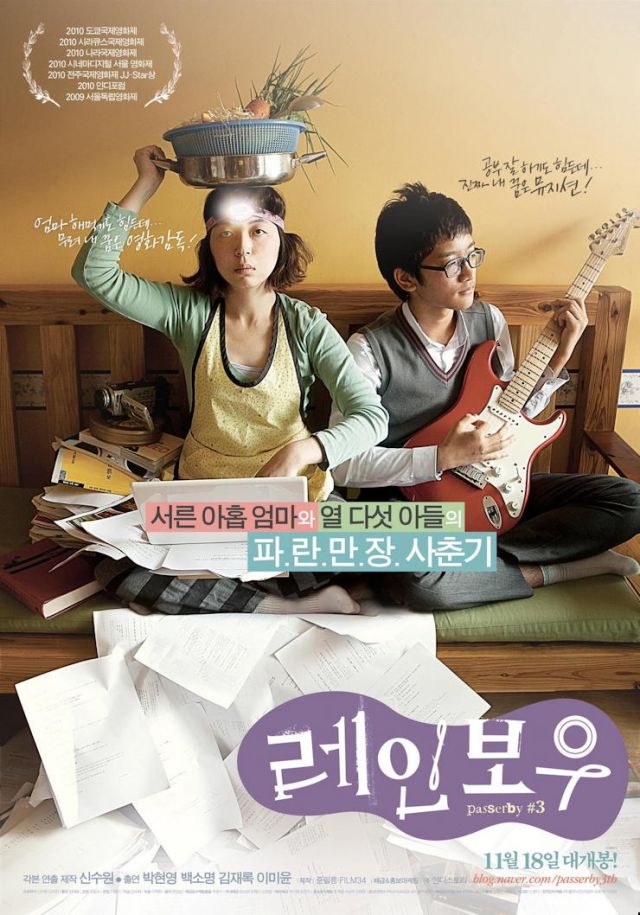 Written and Directed by Shin Su-won. With Park Hyun-young, Baek So-myeong, Lee Mi-yoon. Ji-won, a mother with an impatient adolescent son and a patient husband, quits her day job to write a screenplay which she hopes to direct, although there is nothing much to suggest she could do it. She soon becomes stymied and self-involved, much to the consternation of the men in her life. Fortunately, she is also self-critical and her mental flights delight audiences while frustrating family and friends. How she saves herself from herself provides the happy ending. 91 min. 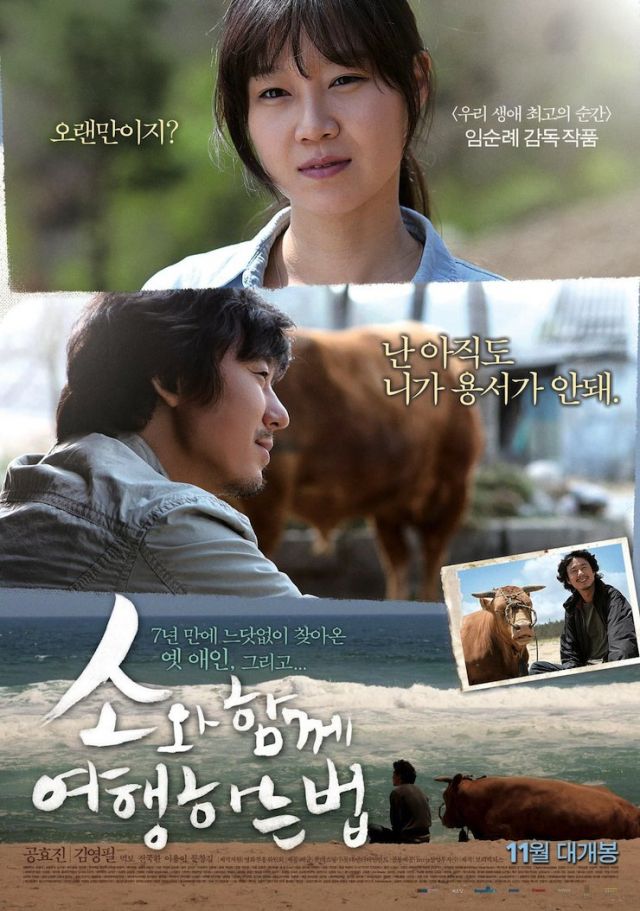 Directed by Yim Soon-rye. Written by Park Sui. With Kim Young-pil, Gong Hyo-jin, Glutton. This gentle, wise comedy follows a hapless bachelor as he tries to sell, over his father's objections, his parents' bull. In order to get the best price, he finds himself traveling all over Korea with his bovine companion. His journey is suddenly interrupted by a call from a former girlfriend who asks him to attend her husband's funeral. 108 min. 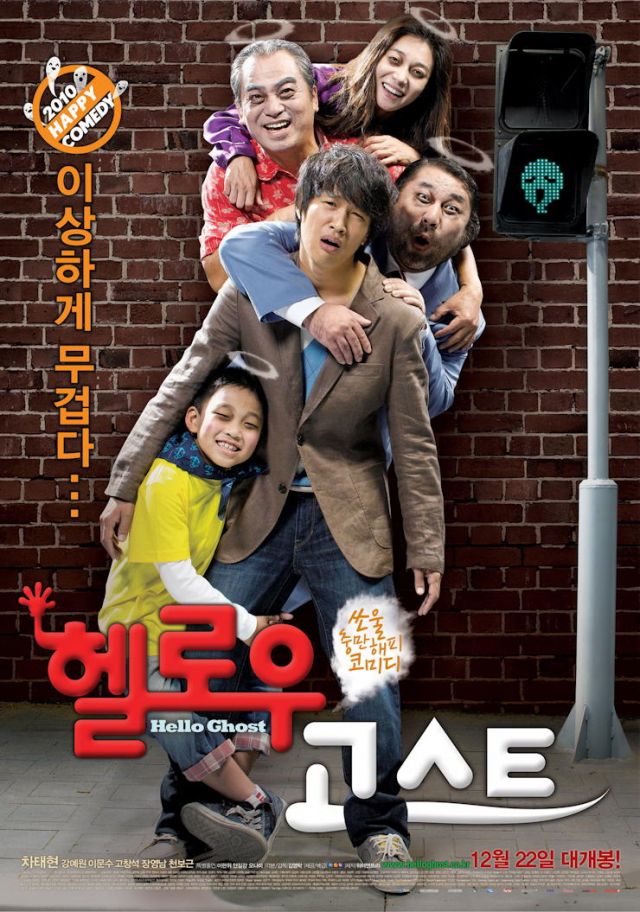 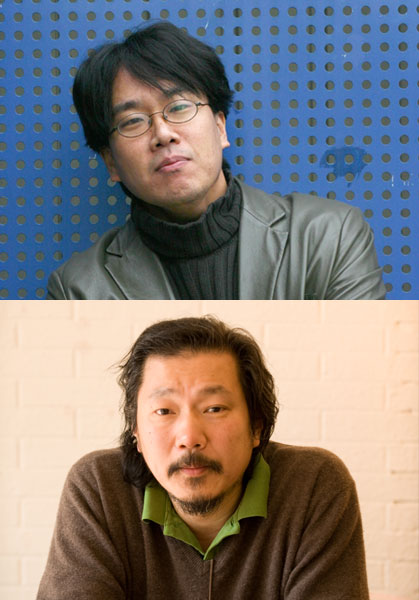 Since the first Jeonju Film Festival in 2000, three filmmakers from around the world have been asked each year by Jeonju to make a half-hour digital work. This program includes two films by major Korean filmmakers, "Influenza" (2004. South Korea. Written and directed by Bong Joon-ho. With Yoon Je-moon. 30 min.), followed by "Lost in the Mountains" (Cheopcheopsanjoong) (2009. South Korea. Written and directed by Hang Sang-soo. With Jung Yu-mi, Moon Sung-keun, Lee Sun-kyun, Kim Jin-kyoung. 31 min.). 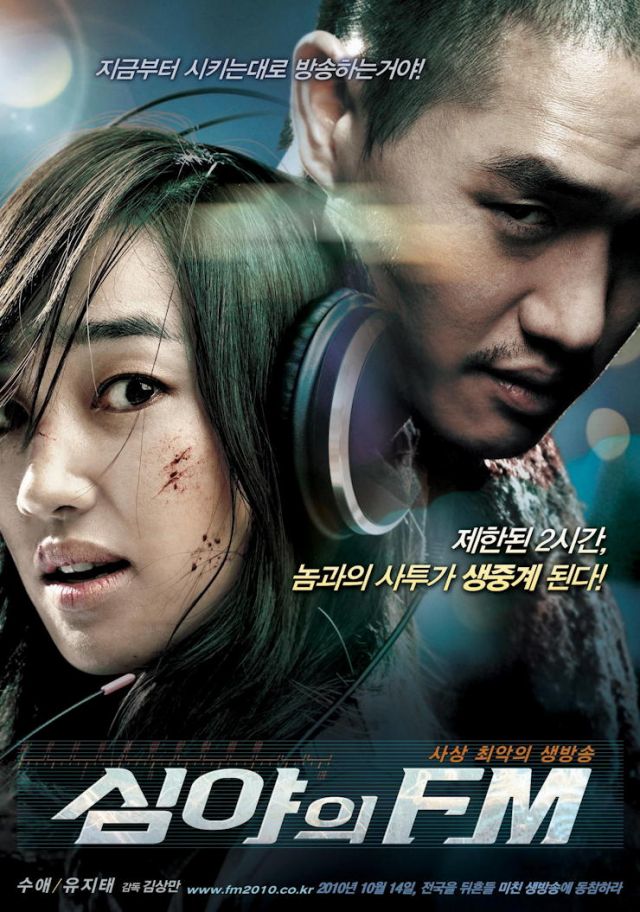 Directed by Kim Sang-man. Written by Kim Sang-man, Kim Hwi. With Soo Ae, Yoo Ji-tae, Lee Joon-ha, Shin Da-eun. Much of Kim Sang-man's tense thriller takes place virtually in real time during a radio broadcast, when a crazed fan, also a homicidal maniac (now a staple of Korean cinema), threatens to kill the DJ's deaf daughter and her babysitter if she doesn't adhere to his playlist. 106 min. 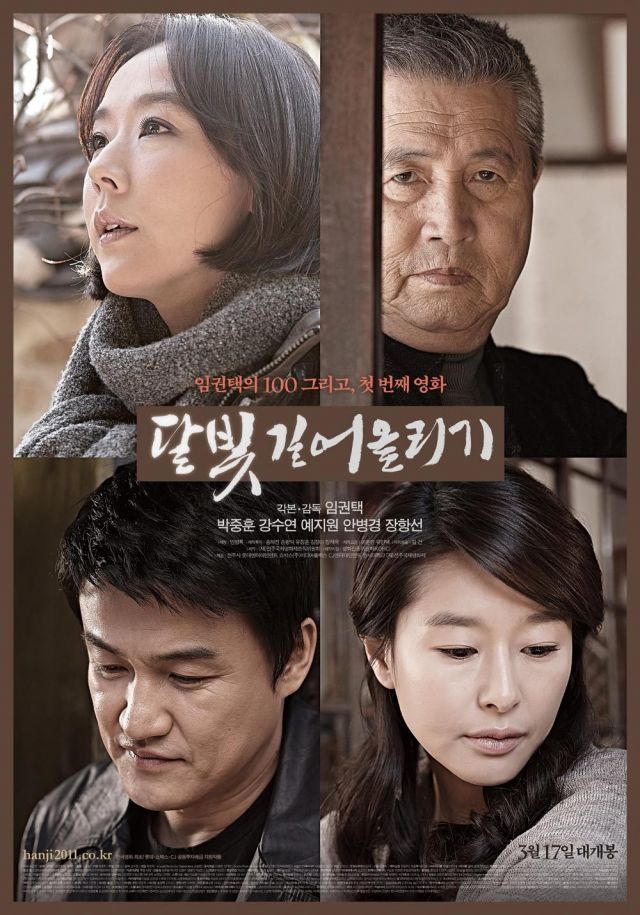 Written and directed by Im Kwon-taek. With Park Joong-hoon, Kang Soo-yeon, Ye Ji-won. Im's 101st feature film, "Hanji", about traditional paper-making by moonlight, is reminiscent of his masterwork, Seopyeonje, in focusing on a traditional art of Korea. Although the story is fictional, the observations are informed by documentary. "A bunch of lunatics try to make paper that supposedly lasts a thousand years in the middle of the night", says Im. "It's madness. We Koreans export electronic goods and cars, but we are losing some important assets, which are cultural treasures like hanji". 118 min

The independently made Town Trilogy, about urban anomie and displacement, includes the following three feature films, all written and directed by Jeon Kyu-hwan: 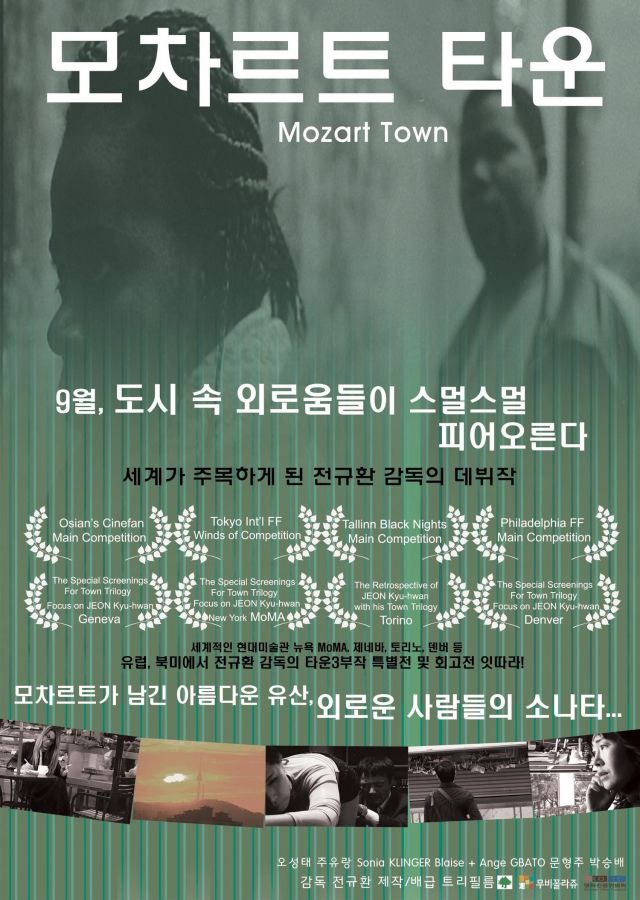 With Oh Sung-tae, Joo Yoo-rang, Sonia Klinger, Blaise Gbato, Ange Gbato, Moon Hyung-joo, Park Seung-bae. The first film in the trilogy describes the lives of four characters, including a pianist from Slovakia and two African immigrants, who pass each other by on the streets of a soulless city. 90 min 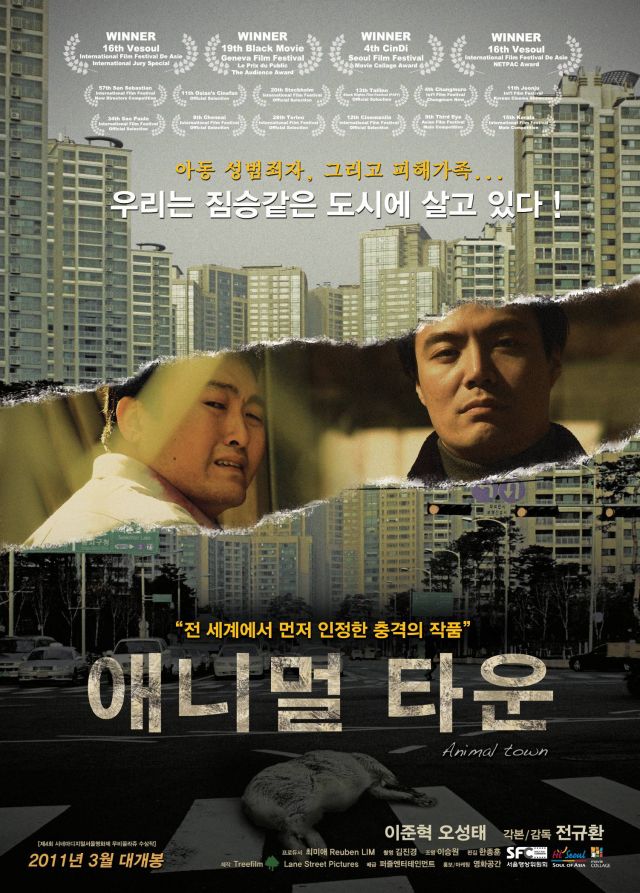 With Oh Sung-tae, Lee Joon-hyuk, Han Jae-sang. The second-and most violent film-in the trilogy weaves together the stories of a wild-boar sighting in the city, two men on the way to a meeting, a small business owner whose bicycle was stolen, and a taxi driver with an ankle bracelet to monitor his whereabouts. 97 min. 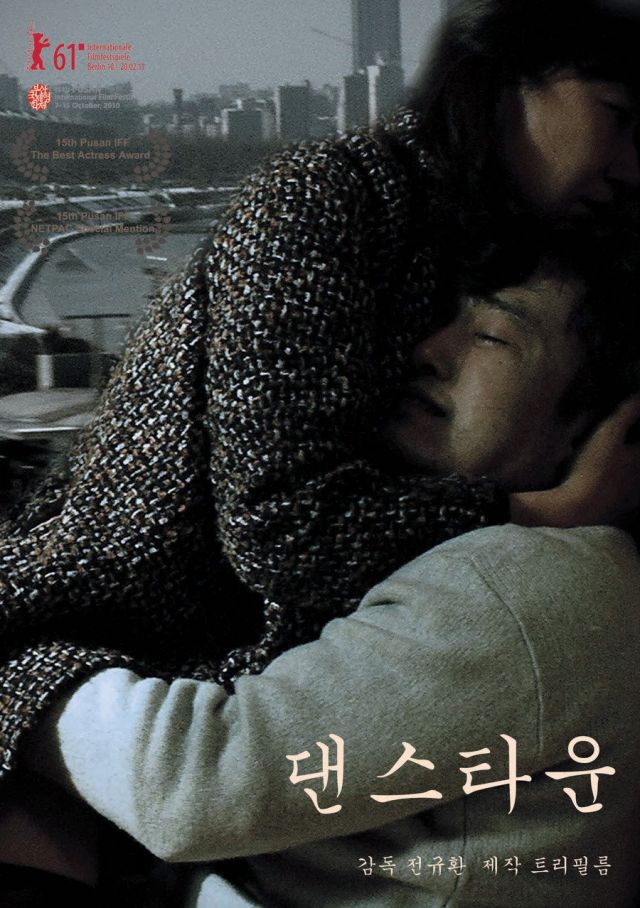 With Ra Mi-ran, Oh Sung-tae, Lee Joon-hyuk, Joo Yoo-rang, Lee Yong-ju. The concluding film in the trilogy follows a couple from Pyongyang who try to defect to South Korea. Only the woman is successful. 95 min. 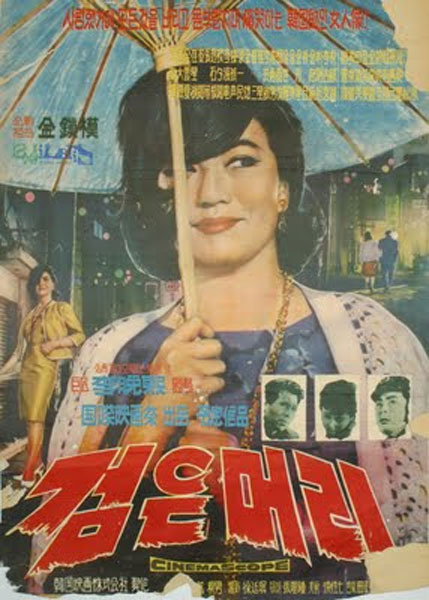 Directed by Lee Man-hee-I. Written by Han Wu-jeong and Lee Man-hee-I. With Moon Jeon-sook, Jang Dong-hui, Lee Dae-yeob, Kim Woon-ha, Chae Rang. Lee Man-hee-I made fifty-one feature films in the fourteen years he was active as a director (1961-1975). "Black Hair", made early in his career, is one of his most celebrated. A fast-paced thriller or film noir, with action that virtually transcends genre, features a scarred woman, a gang boss, an opium junkie, and a taxi driver-and that's only the beginning. Film restored by the Korean Film Archive. 115 min. 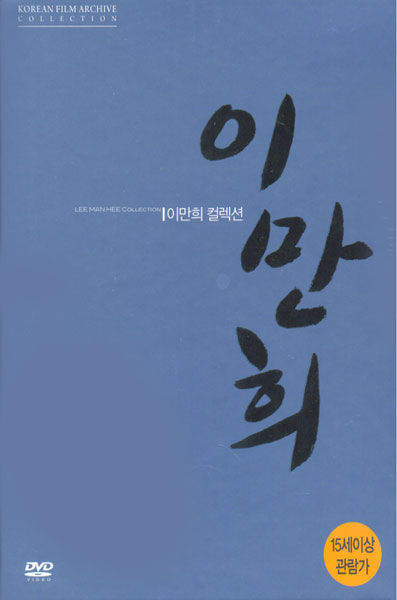 Directed by Lee Man-hee-I. Written by Baek Gyeol. With Kang-Shin Sung-il, Jeon Ji-youn, Kim Seong-ok, Kim Sun-cheol, An Eun-suk. A remarkable aspect of Korean cinema, and perhaps about Korean culture in general, is that so many narratives are about the fleeting nature of happiness and an inevitable dark fate. Lee Man-hee-I's portrait of young people in Seoul in the late-sixties is a classic and compelling example of this pervasive black attitude toward life. 76 min. 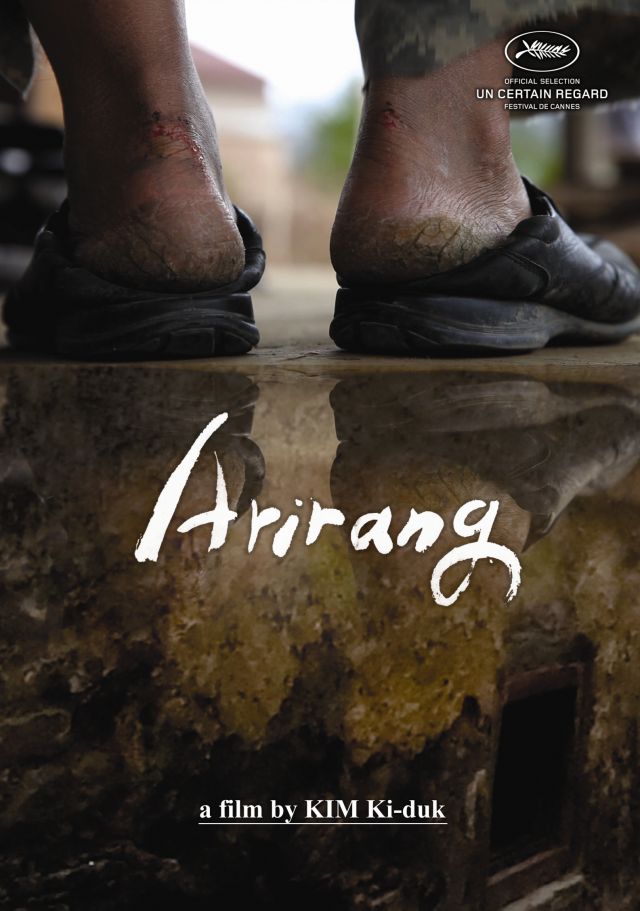 A film by Kim Ki-duk. A tour-de-force by Kim Ki-duk who was had a retrospective at MoMA in 2008. For its world premiere at Cannes in May Kim wrote: "I can't make films now, so I am filming myself..I want to confess my life, myself as a director, and a human being. I'm making a film about me. This could be a documentary, a drama, or a fantasy. I can be the characters in the films I want to make or I can hold the camera and film myself...I need to film something to be happy, so I am filming myself". 100 min.

Film program admittance is included with MoMA admission
($20 for adults; $16 for seniors, 65 years and over with I.D.; $12 for full-time students with current I.D.; free for children 16 and under)