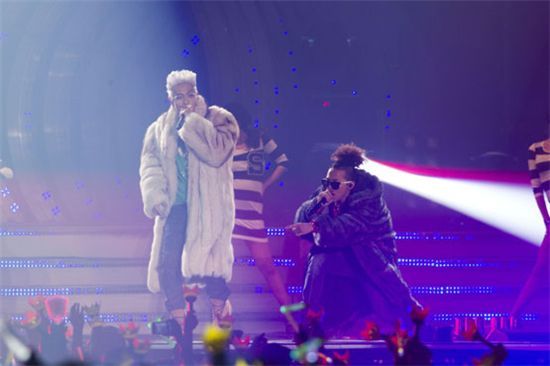 "Eun-joo, I love you", a man confessed during the "YG Family Concert" held in Jamsil Olympic Gymnastic Stadium in Seoul on December 5. It is the man who sang "Smoke of The Devil" but not it's original singer Yang Hyun-suk, the owner of YG Entertainment ("YG" in short) but Seung-ri from boy band Big Bang. Before and after that, another Big Bang member Dae-sung sang Wheesung's "With Me" and T.O.P (Choi Seung-hyun) and G-Dragon performed Jinusean's "Phone Number". Till the very end of the show, the first generation of YG singers such as Yang, Jinusean and Teddy did not appear on stage but the three-hour concert was already packed enough with hit songs by singers such as Gummy, Se7en, Big Bang, 2NE1 and PSY. 15 years has passed since YG Entertainment has launched and it has certainly grown large.

But the "YG Family Concert" was not about scale. The real fun lied in its diversity; from Yang Hyun-suk's "Smoke of the Devil" to 2NE1's "Can't Nobody", and from Gummy's "I'm Sorry" to PSY's "Entertainer". Each and every singer had something unique to offer. If it were Big Bang and 2NE1 that succeeded in eliciting shouts of joy from the crowd, the finishing touch came from Gummy and PSY who 'completed' the concert. While Gummy's powerful vocals as she sang "Loveless", with a rock arrangement, overwhelmed the crowd, her singing sentimental piece "We Should Have Become Friends At Least" with 2NE1 provided a rare moment of serenity to the excited stadium. The duet performance of "You & I" by Gummy and Park Bom also brought out kinship between senior and junior singers of YG Family followed by Big Bang's performance. PSY who had already performed with four other teams in the beginning of the concert, wrapped up the first half of the show with a bang by marking a climax with his songs "Entertainer" and "RIGHT NOW". PSY rightfully proved his ability to drive the audience wild, the rawness that differentiates him from the YG's past styles, confirming that he was the last piece of the puzzle that the YG Family needed. 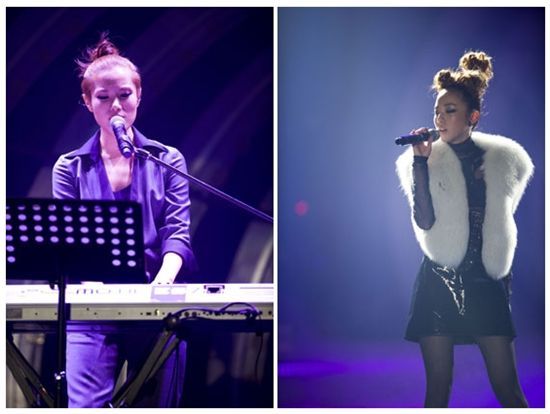 SM Entertainment is a village of idols. JYP Entertainment is a nation that Park Jin-young set up. And YG is like one big family that allows different people come together. From Yang to Min-ji of 2NE1, YG has continuously expanded its horizon while at the same time, maintaining its identity. To show the world that there is more to YG than just hip-hop music, they admitted Gummy, Wheesung and Big Mama and in the era of idols, the company introduced Big Bang and 2NE1. Most singers that join YG tend to stay there for a long time and take part in managing the company years later or become producers themselves while singers with different characteristics walk paths of their own choices.

When the crowd cheered for G-Dragon and T.O.P (Choi Seung-hyun) as they sang to "Ppuk-i-gayo", one of the tracks to their upcoming joint-project album, it was not just their star quality that made the crowd go crazy. They created images for themselves through individual projects, developing on their musical tastes through singles released outside of their five-member group. The sharp and fancy rap of G-Dragon and the heavy, rough rap by T.O.P (Choi Seung-hyun) complemented each other perfectly; as was the stage performance in which G-Dragon busily roamed around the entire stage while T.O.P (Choi Seung-hyun). stood still but knew when to strike with a memorable gesture. That is why they are family -- not because they are the same but because they are different, because they create synergy when Gummy and Park Bom, or G-Dragon and T.O.P (Choi Seung-hyun). are put together. And what ties them together can ultimately goes down to YG's history of maintaining a family-like structure. When Se7en started singing "Please Come Back" and wore Heelys in the middle of the song, the audience cheered at him. YG's identity lies in the fact that Se7en has remained with YG since his debut in 2003 and was the main speaker for the encore performances.

Dazzling, diverse but in focus 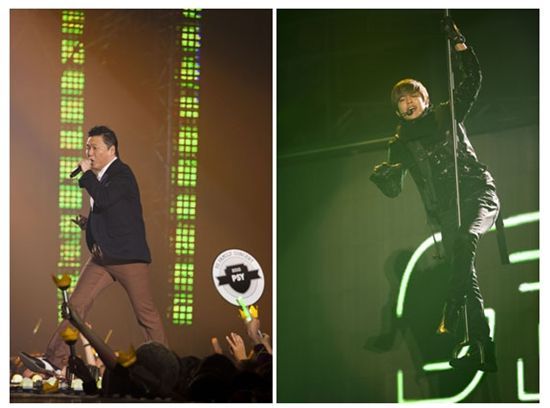 YG Family's tradition of strong individuality stemmed from Yang Hyun-suk, on the other hand, was also a setback for the latest concert. Because the stage had to cover singers of all genres, it was impossible to go any further than making the stage large enough for running around. The job of sound mixing was tricky given the different style of each singer and how they mix MR with live band depending on the song. So while the stage did an excellent job of bringing out powerful sounds like drums and electric guitar that clearly differentiated the high and low tones, it left room for improvement on bringing out the details of those sounds. And many times, the vocals of the artists got lost in other sound effects.

But that being said, the "YG Family Concert" by all means was not the kind that becomes less appealing because of a couple of problems. Big Bang practically flew about the stage, while T.O.P (Choi Seung-hyun) brought the house down by occasionally getting so close to the audience that he practically stuck his face in front of theirs. Se7en led his stage with ease and suaveness, presenting songs which were a well-made mixture of dance number and R&B. And as for PSY, he just drove the audience to the hilt with few words. The stage drew the best result it could given its limit as a joint concert. The screen on stage, where black was used a bit too much, boasted high quality while the giant screen in the center adorned imagery that suited each stage. The splendid harmony of lights and colors at every corner of the stage, thanks to the efforts of the stage producers, helped create the mood for the concert. This coupled with light sticks shinning either for Big Bang or Se7en showed the concert the way it is -- dazzling, diverse, but staying in focus. And yes, this is how far YG, or rather its family, has come.

"YG holds agency concert over the weekend"
by HanCinema is licensed under a Creative Commons Attribution-Share Alike 3.0 Unported License.
Based on a work from this source