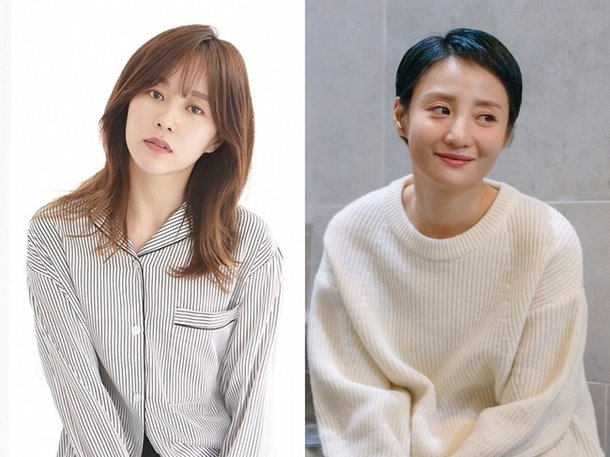 Actresses Yoo Da-in and Jo Eun-ji have confirmed roles in the movie "Day and Moon".

"Day and Moon" is the 14th feature-length work of the Korean Film Academy, which tells the story of the two women's growing up in a delicate relationship. Expectations are high in the film industry for the meeting of veterans who have built public trust through their acting skills that naturally permeate each work.

First, Yoo Da-in plays Min-hee, who faces many changes after losing her husband. After her husband's sudden death, Min-hee visits Jeju Island, where her husband had always yearned and experiences a whirlwind of emotions.

Yoo Da-in who has proven a unique acting spectrum, is expected to show off her delicate and transparent emotional acting, as well as provocative charm that adds tension to the play. In particular, actress Jo Eun-ji, who has confirmed her appearance in the opposite role, will show explosive synergy with her.

In the play, Jo Eun-ji plays Mok-ha, a single mom living in Jeju Island. Mok-ha runs a cafe and sometimes holds amateur yoga classes. She becomes a neighbor to Min-hee (Yoo Da-in) who comes down from Seoul and causes various emotional changes.

Jo Eun-ji is an actress freely traveling between charisma and life-oriented acting. In this work, Jo Eun-ji is expected to play a cheerful character called Mok-ha that makes everyone feel good, while portraying a strangely sharp emotional line with her counterpart, Yoo Da-in.

Meanwhile, "Day and Moon" cranks in this November.

"Yoo Da-in and Jo Eun-ji Confirm Casting in "Day and Moon", November Crank in"
by HanCinema is licensed under a Creative Commons Attribution-Share Alike 3.0 Unported License.
Based on a work from this source