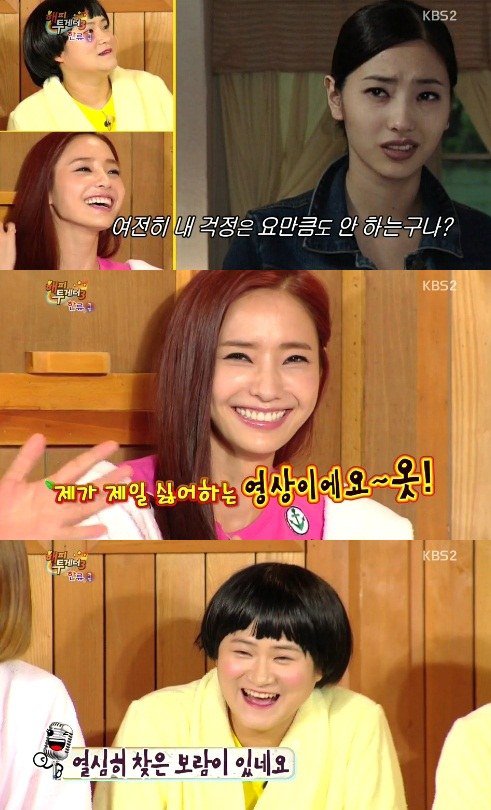 Han Chae-young was appalled to see herself in her debut drama, "Autumn in my Heart".

Footages of her from the old drama were played on the KBS 2TV show "Happy Together" on the 11th.

Her video was played as part of her past. The footages showed her acting with unstable vocal cords, which she then commented, "I hate that video the most".

When Kim Jun-ho mentioned how bad her acting was, Yoo Jae-suk added, "If that was how she acted these days, she would be considered a robot".

"Yoo Jae-suk points out Han Chae-young's terrible acting in "Autumn In My Heart""
by HanCinema is licensed under a Creative Commons Attribution-Share Alike 3.0 Unported License.
Based on a work from this source