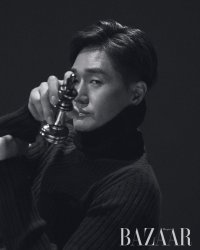 The 9th Short Shorts & Asia 2007 Film Festival in Tokyo, Japan has named Korean actor Yoo Ji-tae as a jury member. Running June 25th to July 1st in the Shibuya district, the fest will screen around 90 short films selected from approximately 2000. Actor YOO and other jury members will award films in three official categories: International Competition, Asia International Competition, and Japan Compeition. Each will receive a cash prize of 600 000 Yen and a further Grand Prize will be given to the best of the three, making it eligible for an Academy Award nomination in the following year.

YOO is one of Korea's most recognized actors, starring in films such as "Old Boy" (2003), "Antarctic Journal" (2005), "Trace of Love" (2006) and the upcoming "Hwang Jin Yi". The busy actor also has a hand in stage productions, acting in and directing a play earlier this year in Seoul. The multi-faceted YOO presented a short film he directed himself entitled "How Do the Blind Dream?" at last year's Short Shorts in the Special Program section.

This year, the Korean short "Mandarin Ghost", directed by Lee Jeong-gook, will screen in the international section of the festival. After its run in Tokyo the festival will tour various cities in Japan including Hiroshima and Osaka, before a scheduled international tour date in Mexico City, September 6th to 13th.

"YOO Ji-tae on Short Shorts Jury"
by HanCinema is licensed under a Creative Commons Attribution-Share Alike 3.0 Unported License.
Based on a work from this source