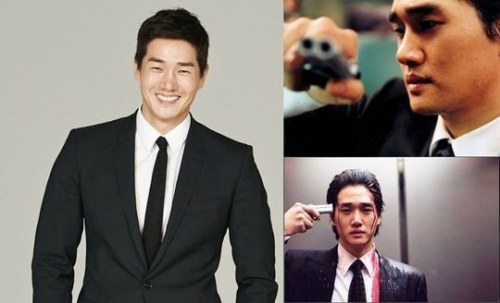 Actor Yoo Ji-tae is an issue for his well-preserved looks.

Yoo Ji-tae's agency revealed pictures of the actor; one from 10 years ago from "Old Boy" and one from recently.

The movie "Old Boy" is being re-mastered into a digital version and will be released once again in celebration of the 10th anniversary. Casts of the movie gathered like a reunion and took pictures.

Yoo Ji-tae displayed looks that don't seem much different from 10 years ago. He is smiling in a black suit in the picture.

The still cut from the 10 year-old movie doesn't make him look much younger than he does now.

Yoo Ji-tae's agency claimed, "He's usually very good when it comes to taking care of himself and even we were surprised at how little the difference was now and then".

Yoo Ji-tae is going to appear at the production premier of the movie "Old Boy" on the 21st and be active as an actor and director.

"Yoo Ji-tae's never changing appearance"
by HanCinema is licensed under a Creative Commons Attribution-Share Alike 3.0 Unported License.
Based on a work from this source