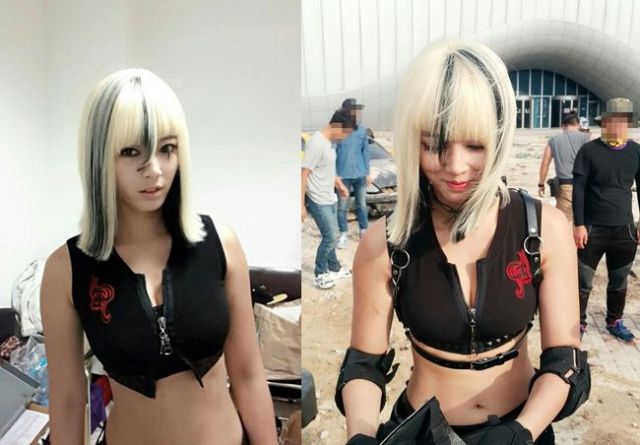 A television personality, Yu Seung-ok has revealed still images from her debut film, 'Fabricated City' (working title). Yu Seung-ok will make an intense appearance in the beginning of the movie.

In the still images revealed on October 24th, Yu Seung-ok draws attention in the tight military uniforms and wearing a unique wig with a mixture of black and blond hair. She is the only woman warrior among the 150 warriors in the movie.

'Fabricated City' (working title) is slated to be released in 2016. The action crime movie depicts a courageous fight by the main character, Kwon Yoo (Ji Chang-wook), who was falsely charged for a murder for no reasons and stands against the unknown identity behind the thoroughly manipulated case. It is director Bae Jong's comeback film in 10 years, 'Fabricated City'. His previous movie, 'Welcome to Dongmakgol', 2005, drew 8 million viewers. 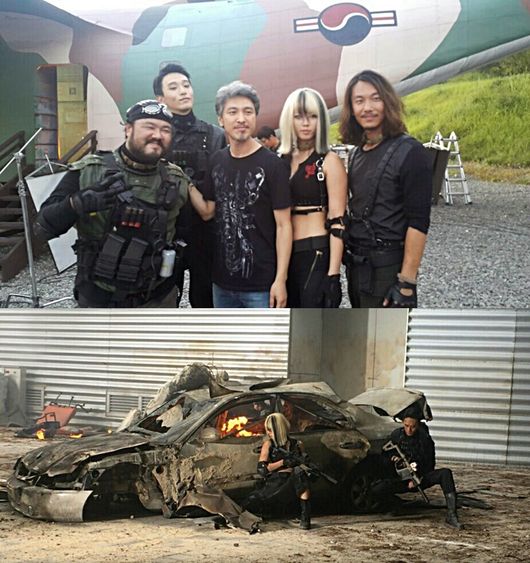 "Yu Seung-ok to make movie debut through Ji Chang-wook's 'Fabricated City'"
by HanCinema is licensed under a Creative Commons Attribution-Share Alike 3.0 Unported License.
Based on a work from this source