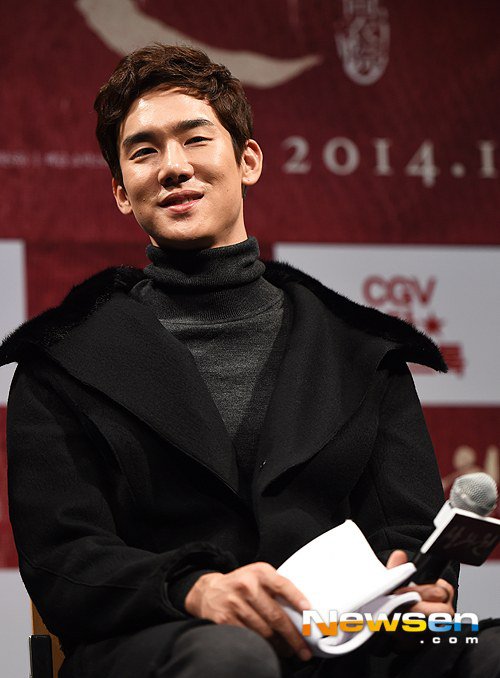 A live talk show for the movie "The Royal Tailor" took place at CGV Apgujeong, Gangnam, Seoul on December 23rd.

Actor Yoo Yeon-seok attended the event and had a conversation with the audience.

"The Royal Tailor" is about love, talent, jealousy, and desire caused by gorgeous clothing made by the royal tailor in Joseon. Han Suk-kyu, Go Soo, Park Shin-hye, Yoo Yeon-seok, Ma Dong-seok, Shin So-yul, Lee Yoo-bi, and Jo Dal-hwan starred in the movie. It was directed by Lee Wonsuk of 'How to Use Guys with Secret Tips'. The film will be released on Christmas Eve.

"Yoo Yeon-seok at live talk show event for 'The Royal Tailor'"
by HanCinema is licensed under a Creative Commons Attribution-Share Alike 3.0 Unported License.
Based on a work from this source