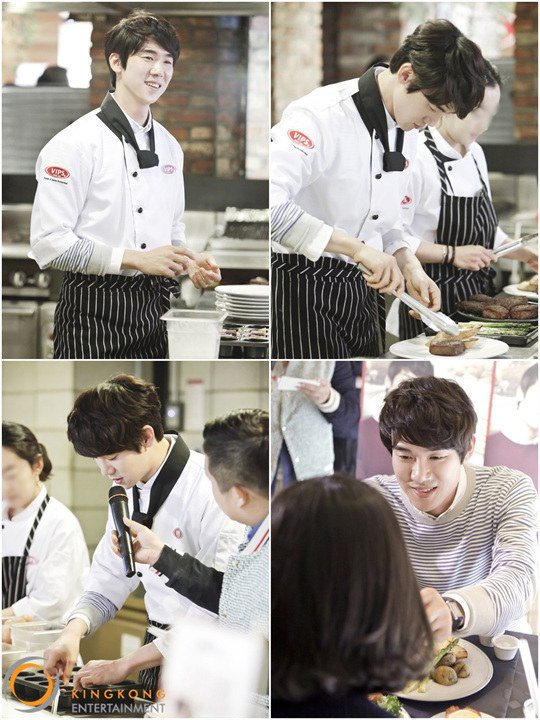 Yoo Yeon-seok was the day's chef for the VIPS Bruch Guerilla Date on the 9th.

With some help, he made Morning Steak and Egg Cup. He shared his food with the fans who were there to see him.

In the pictures, Yoo Yeon-seok is dressed neatly in white with a striped apron and he's very serious when he's cooking but he's all smiles when talking to fans.

His agency claims that he was very concerned about hygiene before cooking and went through the recipe over and over again to make something delicious for his fans.

Meanwhile, Yoo Yeon-seok is busy with films such as "Perfect Proposal" and "The Tailors".

"Yoo Yeon-seok becomes a chef"
by HanCinema is licensed under a Creative Commons Attribution-Share Alike 3.0 Unported License.
Based on a work from this source