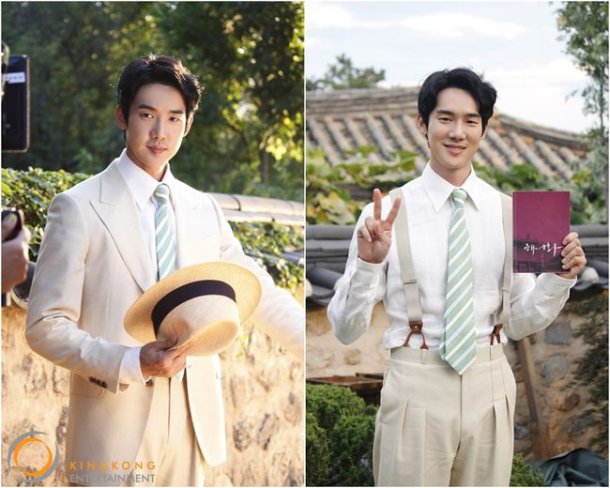 King Kong Entertainment revealed pictures of the actor on the set on the 30th.

In another picture, Yoo Yeon-seok is holding up a V towards the camera.

According to the agency, Yoo Yeon-seok started filming the movie in summer last year and despite the hot weather, he did his best.

Meanwhile, "Loves, Lies" is the story of the last gisaeng in 1943 and will be released on the 13th of April.

"Yoo Yeon-seok in "Loves, Lies" in the 1940s"
by HanCinema is licensed under a Creative Commons Attribution-Share Alike 3.0 Unported License.
Based on a work from this source