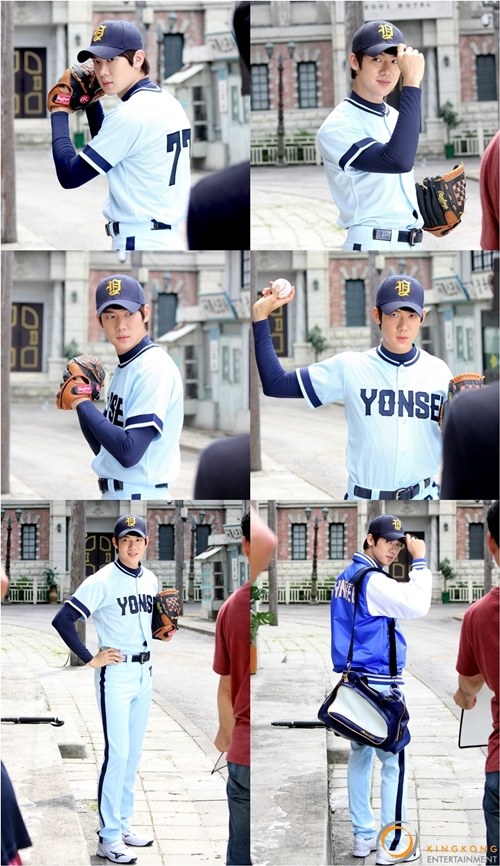 Stills of the actor dressed as a baseball player in the new tvN drama "Answer Me 1994" were released.

Yoo Yeon-seok's role of Chil-bong is the only one out of the seven housemates who is from Seoul and a possessor of a fancy background, including the seven victories at the National High School Baseball Competition. He is good looking and Yoo Yeon-seok's baseball tricks should keep the audience entertained.

Yoo in the picture is wearing a baseball cap with matching uniforms. He's very likely to be called a real baseball player.

Meanwhile, "Answer Me 1994", a stage in the past when basketball was thing, Seo Taiji was in and social issues brought about a syndrome, will be broadcasted on the 18th of October.

"Yoo Yeon-seok turns into a baseball player"
by HanCinema is licensed under a Creative Commons Attribution-Share Alike 3.0 Unported License.
Based on a work from this source