Yoon Chan-young, Park Ji-hoo, Cho Yi-hyun, Lomon and Yoo In-soo to star in Netflix "All of Us Are Dead" 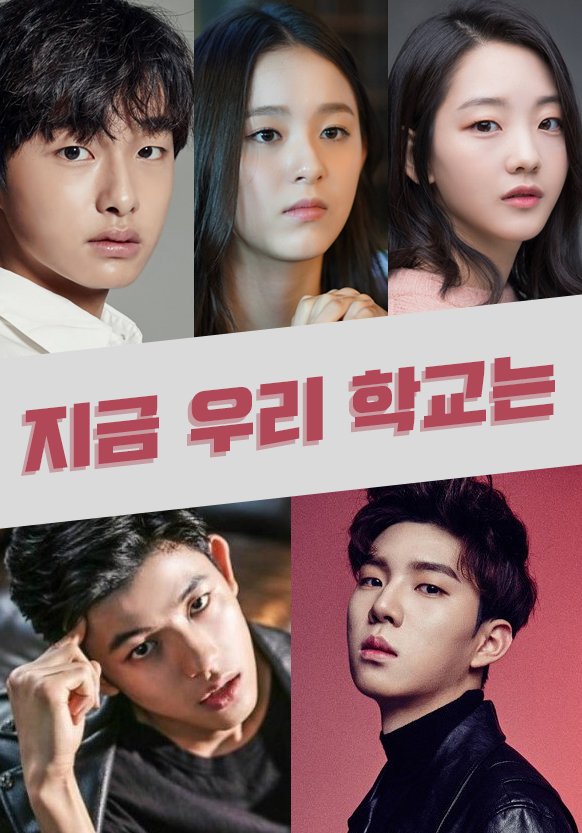 Netflix, a global entertainment streaming service, has confirmed the appearance of Yoon Chan-young, Park Ji-hoo, Cho Yi-hyun, Lomon and Yoo In-soo in "All of Us Are Dead".

Netflix's original series "All of Us Are Dead" is a drama about people who are isolated in a high school in a city where a zombie virus has spread and those who want to survive go through an impossible situation.

Yoon Chan-young has appeared as Song Yoon-ah's son in the drama "Mama - Nothing to Fear" and made a strong impression, followed by dramas such as "Six Flying Dragons", "Thirty But Seventeen", "Doctor John" and "Nobody Knows" as well as movies "Birthday" and "The Fault Is Not Yours". Cheong-san, played by Yoon Chan-young, is an ordinary boy who does his best to protect his unrequited love of On-jo at Hyosan High School, where the zombie virus spreads.

Park Ji-hoo, who debuted last year with the film "House of Hummingbird" and emerged as the most notable newcomer by winning the youngest actress award at the 18th Tribeca International Film Festival, plays On-jo, a high school girl who is the most popular at school with her easy-going and pleasant personality.

Cho Yi-hyun who played Hyeon-joo, the second daughter in the movie "Metamorphosis" and as Yoon-bok in the drama "Hospital Playlist", plays Nam Ra, the top student in the school and class leader. Lomon, who made an impression in the drama "Lookout" and starred in the Chinese drama "Lookism" which was based on a popular Korean webtoon, plays the role of Soo-hyeok, who starts studying belatedly, dreaming of becoming a soldier.

Yoo In-soo, who has been building filmography step by step including "School 2017", "Avengers' Social Club", "My ID is Gangnam Beauty" and "Mama - Nothing to Fear Fairy and the Woodcutter", after her debut as "Strong Woman Do Bong-soon", plays a return student who becomes more dangerous than the zombies to students isolated in the school.

"All of Us Are Dead" is based on the legendary popular webtoon by Joo Dong-geun, and the director Lee Jae-gyoo, who has shown excellent directing skills, will be in charge of directing. The screenplay was directed by Cheon Seong-il. "All of Us Are Dead" which will become a novelty for Korean-style zombies, is adding to the curiosity by casting newcomers with solid acting skills and fresh charm.

"Yoon Chan-young, Park Ji-hoo, Cho Yi-hyun, Lomon and Yoo In-soo to star in Netflix "All of Us Are Dead""
by HanCinema is licensed under a Creative Commons Attribution-Share Alike 3.0 Unported License.
Based on a work from this source