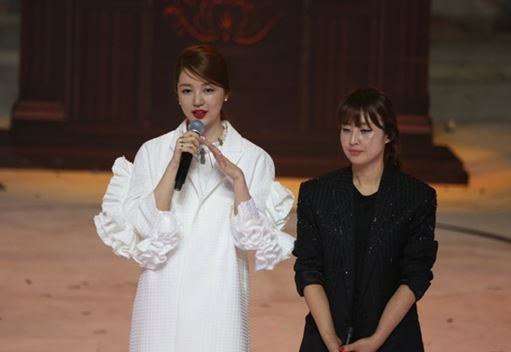 Yoon Chun-ho posted on his Facebook, "I've received news that Yoon Eun-hye's outfit in the Chinese TV show "Goddess Fashion" is similar to my design from the Arche Collection. I checked it out and it was almost the same".

"The design was made by Yoon Eun-hye who was sponsored by Arche from the first season of 2014 SS to 2015 SS and Noh Gwang-won who was sponsored twice as promotional ambassador on the 20th and 24th of August so I am sure".

He agrees with Yoon Eun-hye who stated that the design was alike with his in terms of the arms and white color but said, "The fact that the item is a coat, the oversize, the volume, the location of the frills and pattern on the shoulder is too similar to call this is coincidence".

"She claims to have gotten the design idea from a foreign collection but the item she's talking about it different from the item that's causing this issue. It's much more likely to me an Arche design. I don't think the issue should be blurred with the example of other designs that have frills and I think there's a need to compare the two items at hand".

Yoon Chun-ho continued, "Designing is done by people and sometimes people think alike and subconsciously design what they've seen before, but not like this. I wanted to hear an official apology and wanted to hear an excuse. I haven't changed my mind yet".

Meanwhile, this battle for the truth occurred when Yoon Eun-hye appeared on Chinese TV wearing a filly outfit that is similar to the one designed by Yoon Chun-ho.

Yoon Eun-hye's management claimed that an idea had come to Yoon Eun-hye while thinking about a design that resembles a tiger and added frills to the arms after getting the idea from a design with feathers. It said, "There's no reason to plagiarize Yoon Chun-ho's design and we never did".

The management added, "We also wonder why news about this wasn't alerted to the management or the stylist. We are sorry to see that uncertain matters were posted widely on SNS first. We hope the designer doesn't use Yoon Eun-hye's name to promote his brand". 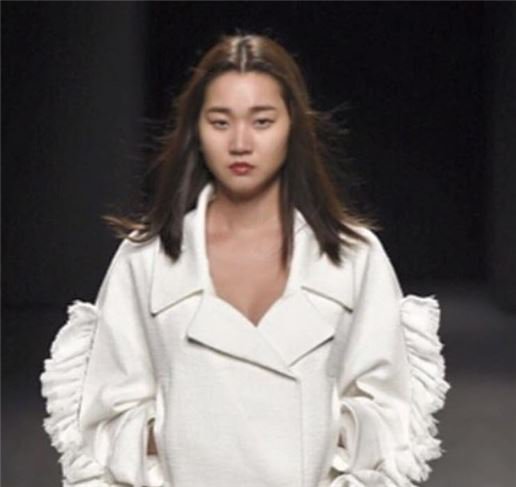 "Yoon Chun-ho's official statement regarding Yoon Eun-hye's plagiarism"
by HanCinema is licensed under a Creative Commons Attribution-Share Alike 3.0 Unported License.
Based on a work from this source