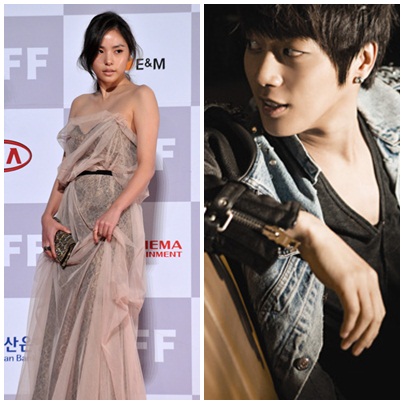 Min Hyo-rin's management told E-News, "She was offered a role. She really wants to be in it but we are still mulling it over because of her scheduling. She has been offered many roles in movies and such as well so we need to think about it".

Min Hyo-rin increased her popularity in the movie "Sunny - 2010" and other works.

Another one to be a possible candidate is B2ST's Yoon Doo-joon. His management Cube Entertainment told E-News, "We haven't decided on anything because of his schedule. We are thinking positively about the drama and Yoon Doo-joon also has a strong passion for acting. However, B2ST has a lot of overseas evetns so we'll have to see".

Prior to this, No Min-woo and Hwang Jung-eum had been cast for the drama but they both stepped down because the characters did not fit them.

"Full House 2" is a follow-up to the 2004 drama "Full House" in which singer and actor Rain and actress Song Hye-kyo racked high viewer percentages. It will be shown on TBS next February.

"Yoon Doo-joon and Min Hyo-rin on the radar for "Full House 2""
by HanCinema is licensed under a Creative Commons Attribution-Share Alike 3.0 Unported License.
Based on a work from this source