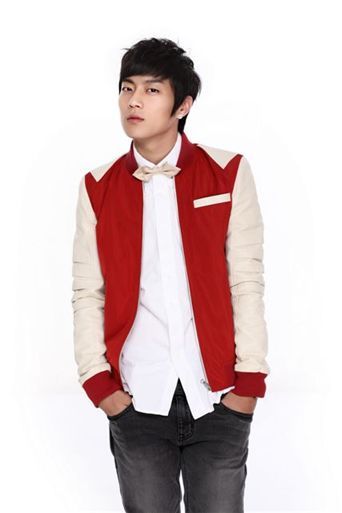 Q: There was a scene where you're laying down just in your underwear at home after being discharged from the military and you're mistaken as a pervert. Were you wearing your own underwear?
Yoon Doo-joon: A brand provided it for me. (laugh) When I saw the script I thought I would at least wear shorts but I really wore just boxers although I wore two.

10: We heard there's also a scene where you take up a part-time job as a nude model.
Yoon Doo-joon: I model for a college art class. We'll be shooting that scene tomorrow. I don't know what I'm going to do -- I didn't know I'd be taking off all of my clothes. I don't have time to sleep days to start with but I haven't been able to sleep at all because I'm so worried about the scene. Oh well, I guess it'll pass somehow.

Q: What did members of your group say after watching the show? Lee Lee Gi-kwang is your senior when it comes to sitcoms since he appeared in MBC's "High Kick Through The Roof".
Yoon Doo-joon: When we don't have to watch TV, we watch clips that our fans post up containing scenes with only me in them. Some have said it's fun and some say they just can't watch my acting because they feel ashamed. (laugh) From Lee Gi-kwang, I got a lot from him regarding the atmosphere on set and how things work rather than advice on acting.

Q: You started later Lee Gi-kwang but is there anything you think you're better at him when it comes to acting?
Yoon Doo-joon: Taking off clothes? (laugh) No, he's better than me at that as well.

Q: What about shooting kissing scenes?
Yoon Doo-joon: Lee Gi-kwang shot a kissing scene too, with Hwang Jung-eum. And our group hadn't debuted at the time so he showed off that he was going to get to kiss her and then we would envy him but I haven't been able to show off to my group members yet because we haven't met. (laugh)

Q: Are there any goals you set when you were cast for the sitcom?
Yoon Doo-joon: I told myself I would try not to provide any reason for any bad articles to be written about me. I didn't want to do any harm for the show nor have there be any controversy over my acting. I always think about whether I'll be able to show how fun the script is through my acting since I'm still new with scripts and acting, but I want to learn as much as I can since it's my first time in this field. 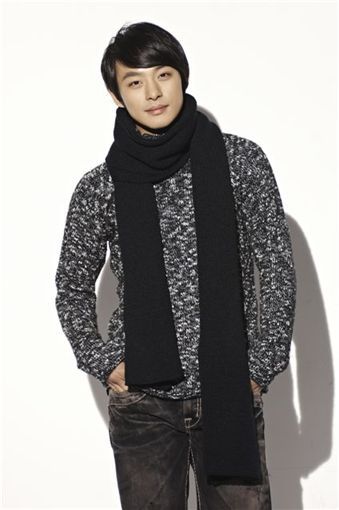 Q: You must also be busy preparing for your first concert on December 12.
Yoon Doo-joon: I miss out on rehearsals for the concert whenever I have shoots for the sitcom so I'm a bit anxious because of that but I'm looking forward to it. And we wanted to give individual performances but there's six of us which is a lot so we're preparing performances as duos. We're also planning on revealing new songs that we wrote and composed ourselves.

Q: How's it being in a sitcom after appearing in dramas? Your character is actually one that is likely to appear in a drama.
Jeon Tae-soo: It's much more difficult than dramas. My character may be quiet and be better suited for dramas but with sitcoms, you have to be able to ride the rhythm well because everything has to fall together well and have good chemistry for situations to be made and fun elements to be created. I had a really hard time in the beginning but over time, I've come close with the people I'm working with and everyone has been nice to me so I'm having a good time.

Q: How is it working with actors younger than you? You're the eldest out of the younger actors on "All my Love".
Jeon Tae-soo: When I was working on "Sungkyunkwan Scandal", I noticed that Yuchun had a concert set to be held in the United States so when we were busy with filming the show, choreographers came to our set and practiced with him in between shoots. I thought to myself that it's amazing he can do that. It's hard to do just one thing but Yoon Du-jun, Jo Kwon, Son Ga-in, they all sing and dance as well so I'm sure they're having a really hard time but they're doing great. I'm actually quite older than them so my friends are jealous that I'm getting to work with younger people. (laugh)

Q: Does your sister Ha Ji-won, currently starring in SBS TV series "Secret Garden", monitor your acting?
Jeon Tae-soo: She's busy but she watched "All my Love" when it first started. And she didn't give me any detailed advice but just told me that I should have my character be a bit funny even if he may be someone who is serious. Maybe it's because she has to act like a guy in "Secret Garden". I do think there's a lot I have to learn from her in that sense.

Q: You've constantly played the bad guy who is expressionless -- both in series "Sungkyunkwan Scandal" and "It's Okay, Daddy's Girl" (tentative title). And again in "All my Love", you play a cold-hearted person who is hard to read. Is there anything you want to tell viewers regarding this? Such as the fact that you're actually not that kind of person?
Jeon Tae-soo: I get asked that a lot. Questions like whether I'm really that mean. (laugh) I play the bad guy in "I'm Okay! Daddy" as well but I try to look at why my characters have turned out the way they are. I sometimes shoot both the drama and sitcom in the same day so if I don't differentiate the two properly, I may end up getting confused.

"Yoon Doo-joon says will "somehow manage with nude scenes" - Part 2"
by HanCinema is licensed under a Creative Commons Attribution-Share Alike 3.0 Unported License.
Based on a work from this source