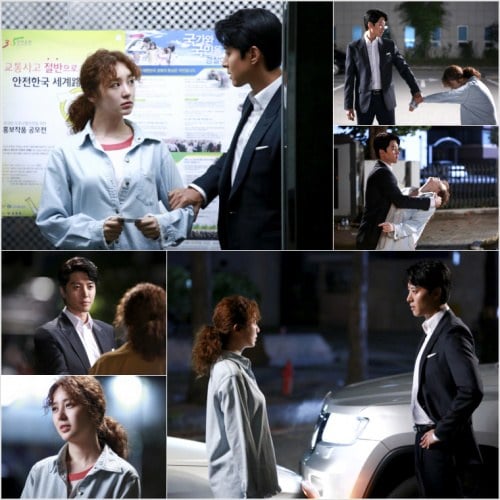 Yoon Eun-hye and Lee Dong-gun star in the new KBS drama "Choice of the Future" as Na Mi-rae who runs towards her dreams and Kim Sin, a cold and bad tempered announcer.

Their first encounter started on the 14th in Seoul. They greeted each other with enthusiasm and got along well. They then read their scripts together and went over their route.

Yoon and Lee encouraged the other staffs despite the long hours of filming and never showed any signs of exhaustion. They took care of each other even during short breaks and were very professional. They didn't forget to smile at each other when the director shouted 'Cut!'

Meanwhile, "Choice of the Future" can be seen on the 14th of October on KBS.

"Yoon Eun-hye and Lee Dong-gun start enemy romance"
by HanCinema is licensed under a Creative Commons Attribution-Share Alike 3.0 Unported License.
Based on a work from this source