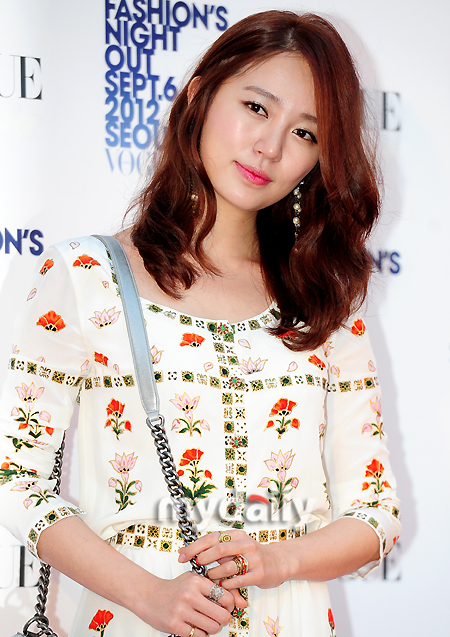 She posted on Twitter, "It's lacks a lot of things and is embarrassing to put out but I am grateful for this opportunity given to me for something I started studying to improve myself in. I am ashamed to stand shoulder to shoulder with the others but thank you for the support ~ ^-^;;"

Previously Yoon Eun-hye's short film "The Knitting" was advanced into the Wide Angle Korean Short Films Category. Yoon studied film making at the Joong Ang University, Cutting Edge Imagery Graduate School. She is currently taking the second semester off to create her film. "The Knitting" is what she made.

As a director and not an actress, Yoon Eun-hye will be attending the 17th BIFF on the 4th of October.

"Yoon Eun-hye "I don't deserve this but...""
by HanCinema is licensed under a Creative Commons Attribution-Share Alike 3.0 Unported License.
Based on a work from this source