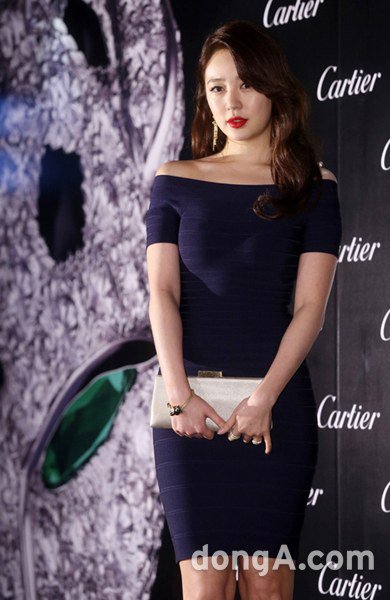 Yoon Eun-hye is just staying at home and the only thing she does is model for the Japanese bag brand Samantha Thavasa; however, her contract will be up soon.

Yoon Eun-hye was chosen as the model for this bag brand in 2013. She re-signed last year but it looks like an additional contract might be out of the question. That's because of the plagiarism issue she's dealing with right now. As a model for Samantha Thavasa, she's also donated ideas of bag designs. For Samantha Thavasa, it might be a difficult situation for it to hold on to Yoon Eun-hye.

Yoon Eun-hye made a special appearance in the movie "Chronicle of a Blood Merchant" and hasn't been doing anything else in Korea for 3 years in a row. She was supposed to make an appearance at the 20th Busan International Film Festival for her movie "RED EYE - Short" but the plagiarism criticism made her cancel.

Yoon Eun-hye has been at home since the start of the issue. She should be making effort to overcome this but she's hasn't done much and some say by keeping silent, she's only isolating herself even more.

"Yoon Eun-hye, nowhere to run"
by HanCinema is licensed under a Creative Commons Attribution-Share Alike 3.0 Unported License.
Based on a work from this source