Yoon Ji-oh Speaks Up With "The 13th Statement" 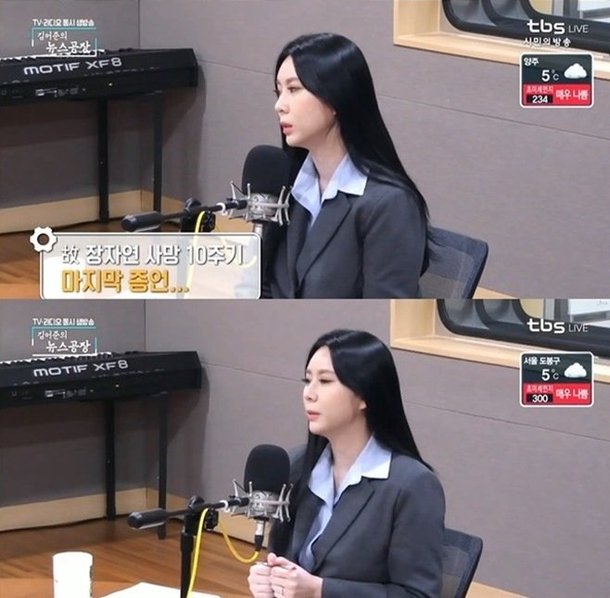 "The 13th Statement", which was released on the 5th, and is subtitled "March 7th, 2009 The After", deals with the suspicion of the investigation process on the 'Jang Ja-yeon list' at that time.

"The 13th Statement" is a record of 10 years revealed by Yoon Ji-oh, the only witness to the Jang Ja-yeon case. She introduced the book saying she hopes the truth that was hidden behind lies finally gets to see the light of day.

She claimed, "This is a record of truth for me and her. It is a record of things that should never happen again and the regret of how we couldn't go on with our dreams".

"I felt guilty that I didn't see, didn't realize the hand that she was giving me, and made the thirteenth statement. All these years I put my silence in order, and I put my thoughts in order. Now I only wish and hope that the truth will be revealed".

She ended her statement with, "I am deeply thankful to those who petitioned so that Jang Ja-yeon's case could be reinvestigated".

Yoon Ji-oh had said, "I couldn't bear to watch victims hide and the culprits act so honorable" on "Kim Eo-joon's News Factory" on the 5th.

She claimed she witnessed Jang Ja-yeon's 'list' and she saw three names from the same outlet. She must have been under a lot of stress writing that list. She didn't write it to reveal it to the world, but she wanted to avoid the situation". Yoon Ji-oh was questioned 13 times regarding the case, but she wasn't of much help.

"Yoon Ji-oh Speaks Up With "The 13th Statement""
by HanCinema is licensed under a Creative Commons Attribution-Share Alike 3.0 Unported License.
Based on a work from this source