Yoon Sang-hyun is the model for "Hallyu Shopping Mall" 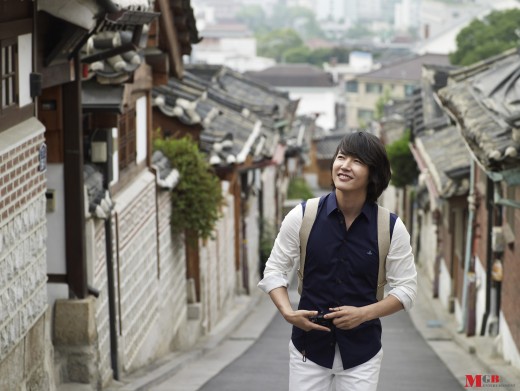 Actor Yoon Sang-hyun has been chosen to be the model for the Hallyu Shopping Mall in Japan.

His agency claimed, "Yoon Sang-hyun has been selected as the model for "Design 89" and there will be a fan autograph signing session on the 30th for an hour from 2PM".

Design 89 is the 8th store in the biggest Korean Hallyu shopping mall in Japan where many Japanese go to purchase famous Korean branded cosmetics or products. Design 89 is based in Sinookubo, Tokyo and is looking forward to an official launching in July.

While being able to purchase Korean products, shoppers can taste Korean food and even get their hands on the latest products worn or used by Korean stars. Hallyu Shopping Mall is called the 'center of Hallyu' and is called the base of Hallyu through the local media.

Chairman Kim Deok-hong of Hallyu Shopping Mall said,, "Yoon Sang-hyun is well known as a singer and actor who's been active in various activities and his image as a model should bring an impact to the promotion of brands".

Meanwhile, Yoon Sang-hyun is working on his role as a tone-deaf lecturer in the the movie "Tone-Deaf Clinic" which is to be released in the later half of the year.

"Yoon Sang-hyun is the model for "Hallyu Shopping Mall""
by HanCinema is licensed under a Creative Commons Attribution-Share Alike 3.0 Unported License.
Based on a work from this source