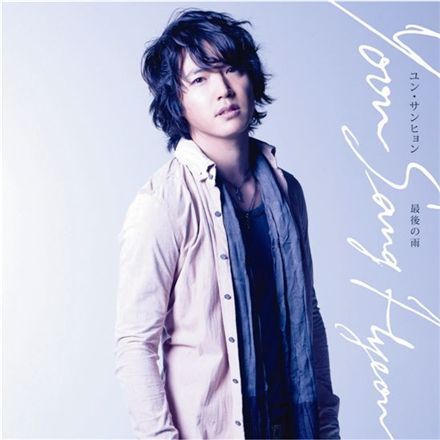 Korean actor Yoon Sang-hyun will be making his singing debut with a single album release in Japan tomorrow, according to his agency MGB Entertainment on Tuesday.

MGB announced in a press release that the actor will be releasing his first record titled "Saigo No Ame" in Japan through major record label Sony.

"I worked on this album with passion and emotional attachment because this is my first album under my own name", the actor was quoted as saying. "I am very nervous since this is a challenge into a whole different area but I am overwhelmed to achieve a dream that has always been in a corner of my heart".

Yoon, who finished recording the album last December, also appeared in a music video for "Ame".

The vocally talented actor, who drew talks of a musical debut since singing "Story" in an episode of "Housewives", has given several public performances including at "2009 PAX MUSICA" and on Japanese TV show "Hallyu! Language Joy Night".

Yoon, 37, debuted in 2005 in the SBS TV series "To Marry a Millionaire". He rose to fame last year after starring in the smash hit drama "My Wife is a Superwoman" alongside actress Kim Nam-joo and followed it up with "My Fair Lady", which co-starred Yoon Eun-hye.

He is currently in Japan to promote his new album.