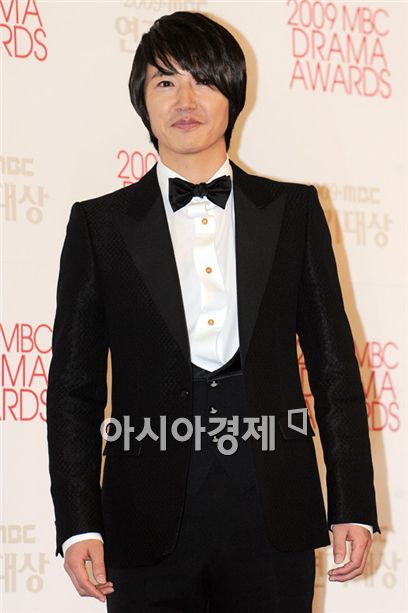 Korean actor Yoon Sang-hyun verbally agreed to appear in the new season of variety show "Family Outing",, according to his agency MGB Entertainment.

An official at MGB told Asia Economic Daily over the phone Wednesday the actor has "given a verbal agreement to do the show with the producers of the show".

However, the official went on to say, "But it literally is only a verbal agreement, not a commitment. We didn't sign the contract yet. We'll have to see what happens in the future".

The agency had explained yesterday that "nothing has been set" after news broke out that Yoon was considering to appear on the second season of "Family", one of the most popular variety programs in Korea which will soon end its first season run.

The entire cast from the first season of "Family Outing", including the show's host Yoo Jae-suk and singer Lee Hyori, are set to leave the show after shooting the final episode on January 11 and 12.

The "reality-based" variety show, which premiered in June 2008, has been suffering from controversy and declining ratings after one of the show's scripts was leaked on the Internet early last year. Fans were outraged when they found that the show was not "real" as many of the remarks and responses by the cast members had been pre-scripted.

Yoon debuted in 2005 in the SBS TV series "To Marry a Millionaire". He rose to fame last year after starring in the smash hit drama "My Wife is a Superwoman" alongside actress Kim Nam-joo and followed it up with "My Fair Lady", which co-starred Yoon Eun-hye.