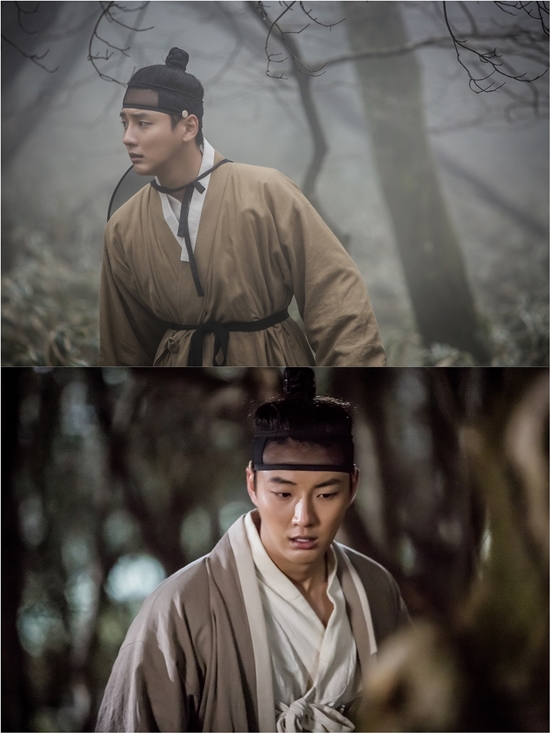 Yoon Si-yoon has proved he is ready to return to the small screen when showing off his upgraded acting skills despite the two year break from the career.

JTBC's new Friday & Saturday drama, "Mirror of the Witch", which will take over the airtime from "Ms. Temper and Nam Jung-gi", has revealed some still images of the character Heo Joon played by Yoon Si-yoon from his first take.

The legendary story about youth in Joseon, "Mirror of the Witch" depicts the romance between an ill-fated princess Seo-ri, whose heart turned as cold as ice because of wicked spell, and a hot-blooded young man, Heo Joon, who is hiding his burning anger.

The revealed images show Heo Joon wandering around in black forest: The scenes were filmined in Jeju on April 4th.

Yoon Si-yoon who has begun filming full time said, "I was nervous in the beginning because it's been a while. However, I could work comfortably and pleasantly thanks to the help from the great staff and fellow actors. I'm excited because I believe we'll be able to deliver an awesome story. I'll do my best".

"Yoon Si-yoon still cuts from 'Mirror of the Witch' first take"
by HanCinema is licensed under a Creative Commons Attribution-Share Alike 3.0 Unported License.
Based on a work from this source