Youn Yuh-jung, "Being an actress is selfish" 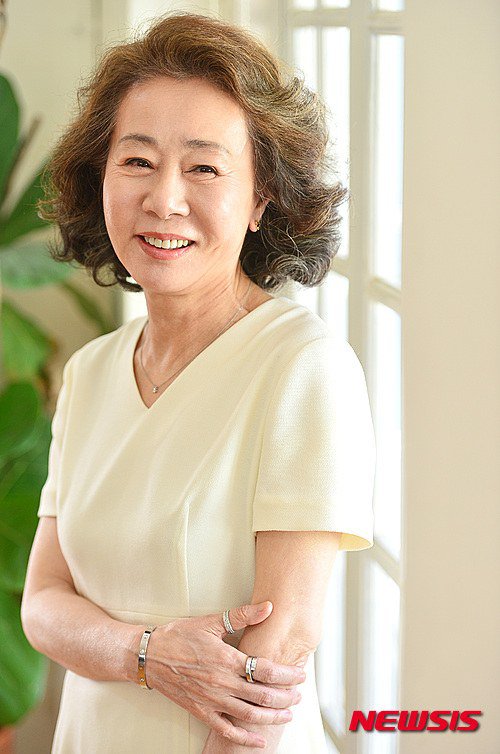 "A drama features everything I do because we have no time and everyone is in a hurry. But movies go through editing. It's something known as the producer's work of art. Editing cuts out some parts of my acting. I guess that's to intensify the story. I asked producer Kang Je-gyu why he cut out good parts of my acting. I almost held him by the collars (laughs)".

Actress Youn Yuh-jung said this when we asked her how she liked the movie. She played the role of Geum-nim in the movie "Salut D'Amour". She falls in late romance with the bad-tempered Seong-chil (Park Geun-hyung) living next door to her. There's a reason why she sees him and that's the twist. Youn Yuh-jung has a problem with Kang Je-gyu for cutting out her acting to intensify the twist.

She jokingly complained more about editing. She was fun throughout the interview but she also said everything she needed to say that was on her mind.

"There's a part where Seong-chil sings to Geum-nim in the bathroom. I did more there. Geum-nim lip-syncs to the song as he sings. I feel disappointed that it's not in the movie. It's like I never finished".

There's a question we ask all actresses and actors. 'What do you think of the movie?' Most people say they are not sure yet. Youn Yuh-jung was different. She said, "I only watched myself. I don't think there's a big difference in what I did no matter how many times I watch it. Being an actress is selfish".

Youn Yuh-jung is one of the few actresses that has a certain status in the Korean movie industry. She's not the life-type actress. She's always dimensional and she's the best "Mother". She doesn't even mind exposure. She's definitely playing a big role in the progression of Korean actresses.

"As I turned 60, I thought, 'I should enjoy myself more'. My children have grown up and I have done everything in my duty. I think of my years after 60 as a bonus and I want to do everything I want. It just hit me that way when I turned 60".

Yoon does everything she wants. She enjoys acting. A person who enjoys life is always vital. Then comes greed. Yoon's greed for acting makes her want to do better and want to learn more.

"Cho Jin-woong is really good at what he does. I haven't seen him a lot but he is a natural when it comes to revealing the twist. I feel like I want to learn how he does it".

Yoon complains but she's great in "Salut D'Amour". She plays an old woman who is excited about her late romance and a weak one who breaks down over sadness. Her teamwork with Park Geun-hyung makes her look like a woman and that's probably why she looks so pretty here.

She claims she wasn't fooled by the emotions in the drama.

"That's not me. People think I took my clothes off in "The Taste of Money". That's a 'woman', not me. I have become a pro a long time ago. Why would I feel tingly for Park Geun-hyung?"

She explains herself as pragmatic. "I don't like losing and I am sorry I am not artistic (laughs)".

"Youn Yuh-jung, "Being an actress is selfish""
by HanCinema is licensed under a Creative Commons Attribution-Share Alike 3.0 Unported License.
Based on a work from this source