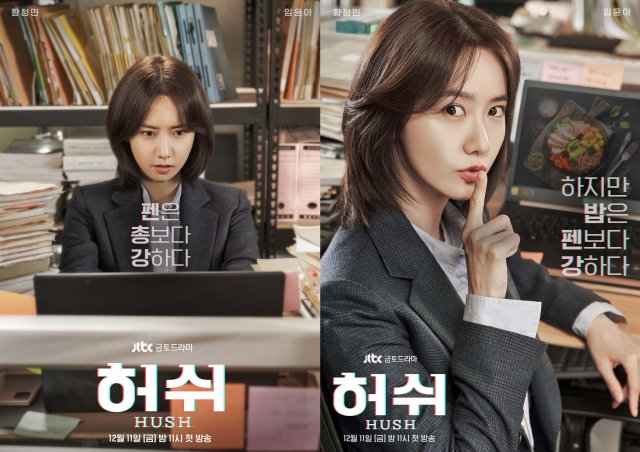 Yoona will transform into a survival intern, Lee Ji-soo in "Hush". 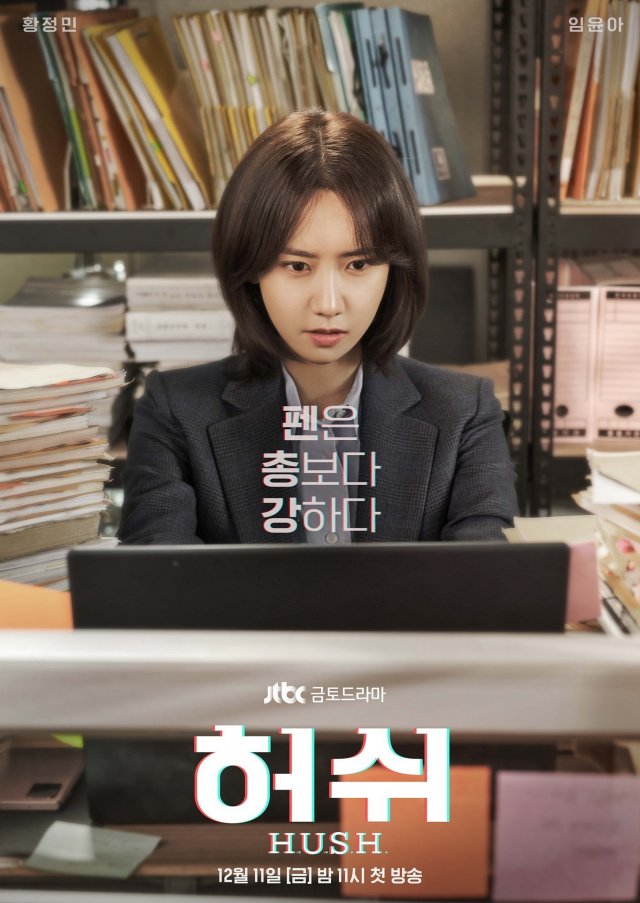 "Hush" is a two-way growth period between Han Joon-hyeok (Hwang Jung-min), a 'stagnant' reporter who plays snooker more than do reporting, and Lee Ji-soo, a 'survival-type' intern who says rice is stronger than a pen, and depicts the bread-and-butter life of salaried reporters. Reporters who are no different from ordinary office workers and their stories of constant encounters and wavering at the border of survival and conscience, unravels pleasantly and dynamically in this drama. The meeting between Hwang Jung-min, an 'all-time legend' who will return to dramas after eight years, and Yoona, who has been reborn as a 'trustworthy actress' has emerged as the most anticipated drama in the second half of the year.

An explosive response was poured into the second teaser video of Lee Ji-soo's funny but sad day, which was released earlier. As Yoona's acting transformation is expected, the second teaser poster released on the same day also stimulates expectations. Lee Ji-soo is sitting in front of a desk full of documents and looking at the monitor in super-intensive mode. Lee Ji-soo's hot eyes, combined with the phrase 'the pen is stronger than a gun', seem to show her burning enthusiasm to become a true reporter. Her agony looks as if she is going to shake off her soul makes us wonder. 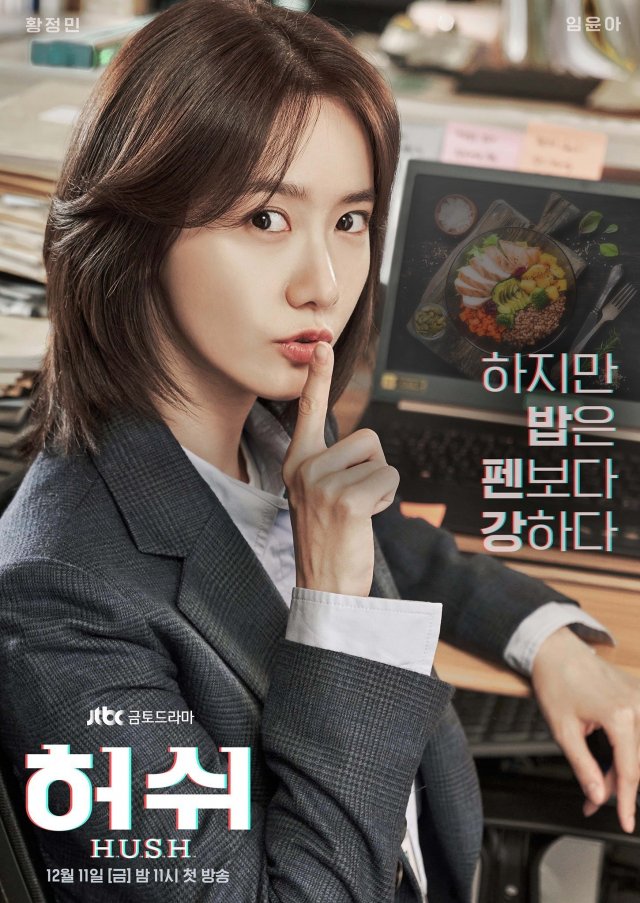 But in another poster, a surprise twist evokes intense sympathy. There are traces of Lee Ji-soo thinking about the lunch menu on the laptop screen. Her 'shh!' moment, evokes laughter. Lee Ji-soo's motto, 'food is stronger than a pen', adds to the curiosity. It adds to the question of how the salary-earning life of journalists who are ordinary office workers and ordinary people will be portrayed.

Yoona who has accumulated filmography as an actress, proved her true worth by capturing both favorable reviews and box office hits through the movie "Exit - Movie" last year. With a wider acting spectrum, Yoona is ready to solve Lee Ji-soo's growth in a pleasant and sincere manner. "You can look forward to Yoona's acting transformation that will dynamically portray the extreme survival of intern Lee Ji-soo and her brilliant growth as a reporter", the production team of "Hush" said. "In particular, please look forward to a special synergy with Hwang Jung-min, who plays the role of Han Joon-hyeok, awakening each other. We will give you a real sense of sympathy that makes you laugh and cry". The first broadcast is on December 11th at 11PM.

"Yoona as Survival-type Intern Lee Ji-soo"
by HanCinema is licensed under a Creative Commons Attribution-Share Alike 3.0 Unported License.
Based on a work from this source