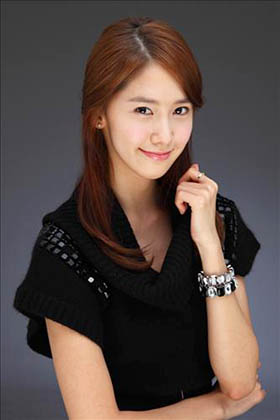 Yoona, a member of Girls' Generation, will appear with actor Jang Keun-suk in the drama "Love Rain". Y-Tree Media revealed on September 19 that Yoona has been cast as the female protagonist of "Love Rain", and she is making a comeback after a two year-break since her last appearance in the drama "Cinderella Man" in 2009. "Love Rain" will be directed by Yoon Seok-ho and is written by Oh Soo-yeon, who had produced and written hit dramas such as "Winter Sonata" and "Autumn in my Heart".

Yoona will play a double role in "Love Rain", which will concurrently follow two storylines -- one in the 1970s and one in the present time. Yoona will play a woman in the 1970s named Kim Yoon Hee and the daughter of Kim Yoon Hee named Yoo Ri in the present time. She will present a beautiful romance with Jang Keun-suk in the drama. The director of the drama, Yoon Seok Ho, said, "I have confidence that Yoona will add a beautiful atmosphere to this romance story about a young couple with her particularly fresh and innocent beauty".

"Love Rain" will begin filming from the end of this month, targeting the airing date of the first half of next year.

"Yoona of Girls' Generation to Appear in 'Love Rain' with Jang Keun-suk"
by HanCinema is licensed under a Creative Commons Attribution-Share Alike 3.0 Unported License.
Based on a work from this source