"My Love from the Star" Jun Ji-hyun's first take 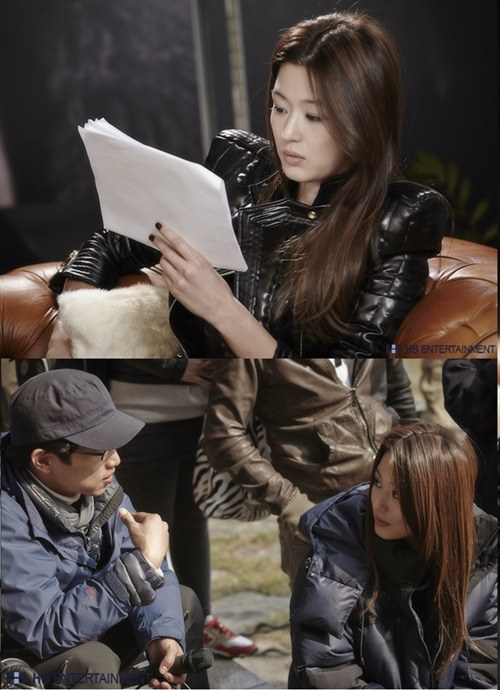 Jun Ji-hyun from "You Came from the Stars" had her first take.

Stills from the scene were released on the 15th.

Jun Ji-hyun is starring in a drama for the first time since the 1999 SBS drama "Happy Together" and takes on the role of Hallyu Goddess Cheon Song-i. She's a chic and cheerful character.

Jun Ji-hyun was very passionate about her first take in Namdaemun despite the chilly weather.

Jun Ji-hyun claims, "I was nervous about my first drama take in a long time but everyone including the writer and director helped me through so much and I was able to manage through easily".

Meanwhile, "You Came from the Stars" is a fiction romance drama about the appearance of an unidentified flying object and a alien man named Do Min-joon (Kim Soo-hyun) who dropped to earth 400 years ago.