"You're My Destiny" Ryu Soo-young, "I tried to kiss Park Ha-sun" 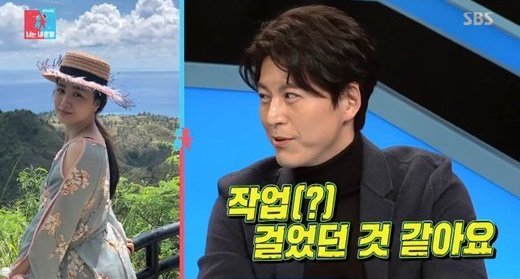 Ryu Soo-young told some love stories between himself and his wife Park Ha-sun.

He appeared in the SBS TV show "You're My Destiny" as a special MC on the 24th.

He recalled the dating stages of him and his wife and said, "We were kind of in a weird relationship but she said she liked hiking so I asked her to go with me".

"It was very nice. On the way down, it was slippery so I gave her my hand and she took it. She didn't let go until we got home".

"We were slow to make moves. I was given the hand so I wanted the lips to. We were at the playground and I was pushing the swing for her. I slowly walked towards the swing to her and knelt down".

"I was thinking I will kiss her when the swing came forward but she pushed me in my forehead and I fell back. But that was awesome".

""You're My Destiny" Ryu Soo-young, "I tried to kiss Park Ha-sun""
by HanCinema is licensed under a Creative Commons Attribution-Share Alike 3.0 Unported License.
Based on a work from this source