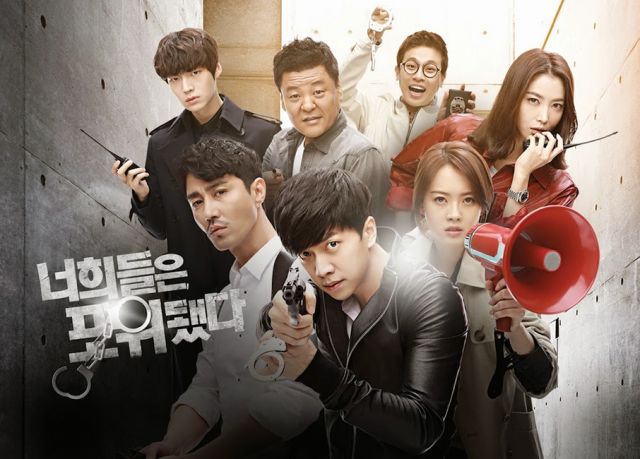 The break out hit of 2014 was, undoubtedly, "My Love from the Star" - fans in China were overdosing on fried chicken and beer and Kim Soo-hyun was receiving love calls (and private jets) from television programs throughout Asia.

SBS had a huge hit that they were then tasked with matching and the plan with "You're Surrounded" was to surpass the My Love obsession that swept the K-drama world. "You're Surrounded" began with a stellar cast - huge names like Lee Seung-gi, Go Ara, Cha Seung-won are joined by newer actors Park Jung-min and Ahn Jae-hyun (riding his "My Love from the Star" popularity high). The casting alone created huge hype over this drama - a smart play on SBS's part.

Is the drama living up to the hype? It is now nine episodes in and while it is very good, it started off on a rocky note.

The premise is pretty unique - a peaceful town, Masan, is torn by the murder of a young school girl with the only witness being a school nurse, Kim Hee Jung. Rookie detective Seo Pan Suk is resolute on making the murderers go to jail for their crime and must rely on Mrs. Kim to testify against them. But when a mysterious man stops by Mrs. Kim's home and threatens her son, she gives up on testifying. But, intense pressure from the detective and some gentle prodding from her son, she decides to give the testimony.

The day before the trial, Hee Jung's son comes home to a deceptively empty house and discovers his mother's body. Unfortunately, the murderer returns to finish off the family but he fails to discover the young boy.

A series of events that evening convince Hee Jung's son that Detective Seo Pan Suk is in cahoots with the murderer and he disappears into the night.

Fast-forward eleven years to a corruption-riddled Gangnam Police Station. In an effort to renovate the police force, four new rookies have been scouted to join the prestigious detective force under the reluctant guidance of Detective Seo Pan Suk.

The four rookie detectives carry the comedic aspect of the show - Eun Dae Gu is silent but seems to know quite a lot about Detective Pan Suk, Uh Soo Sun only wants to make money, Park Tae Il just wanted a fun job, and Ji Kook seems to have a few brain cells missing. They are hilarious in their inability to solve crimes, but their bumbling also cost the show some precious ratings – watching them continually make mistakes during the first few episodes was not as exciting as most viewers had anticipated.

However, keep watching! Once the rookie detective team proves their worth (around the 6th episode) the series begins to gain traction in its exploration of the deeper story – the murder in Masan from eleven years ago. Starting around episode six a series of new revelations in the show will keep fans invested in the action and mystery surrounding Detective Seo Pan Suk's involvement in the Masan murder.

New episodes air every Wednesday and Thursday evening, check them out on KDrama.com! 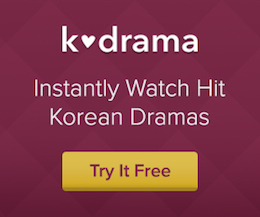