"You're Too Much" Ku Hye-sun in the making 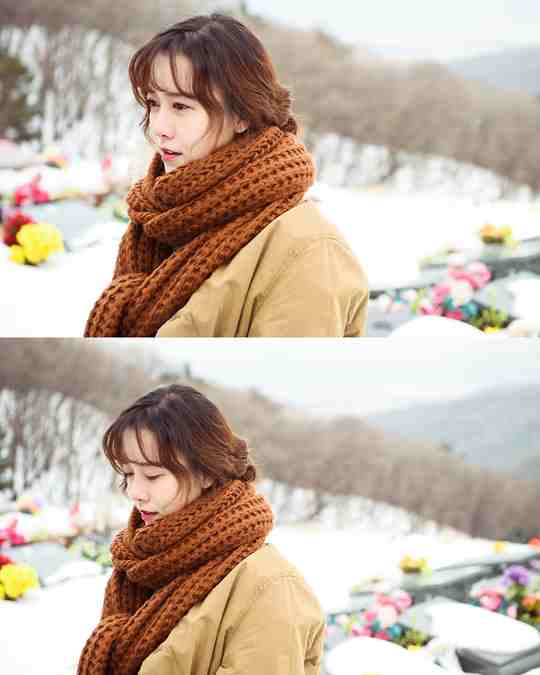 The new MBC weekend drama "You're Too Much" star Ku Hye-sun completed her first take.

She stars in the drama as Jeong Hae-dang, a girl from a wealthy family. She is a bold character who stands up to all obstacles. "You're Too Much" is the life story of star singer Yoo Ji-na and her mimic singer Jeong Hae-dang.

The teaser was released on the 15th and several netizens are already anticipating Ku Hye-sun's return. In the picture, Ku Hye-sun has tears in her eyes and is looking ahead at one place. She looks saddened in a background of snow.

In the pictures following below, she's in a charnel house with her family picture. She's there to see her mother who she comes to see every time she's exhausted from working on her music.

Ku Hye-sun is about to take on a completely different role in this drama. 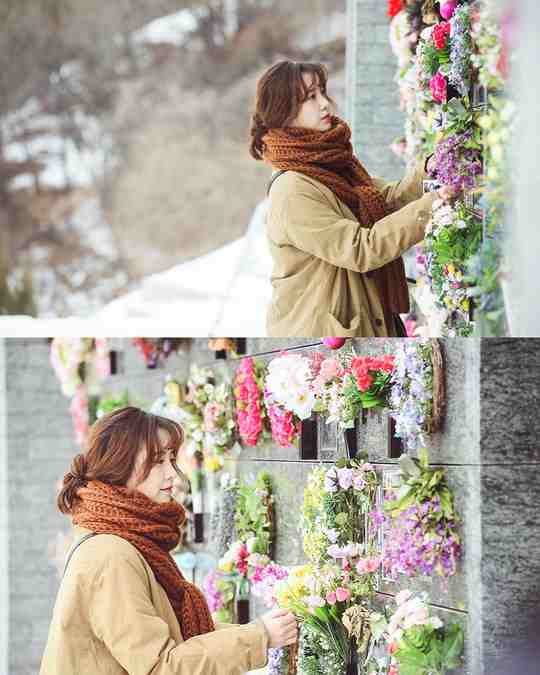 ""You're Too Much" Ku Hye-sun in the making "
by HanCinema is licensed under a Creative Commons Attribution-Share Alike 3.0 Unported License.
Based on a work from this source