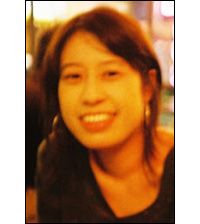 "It's shameful but I haven't eaten anything for days. Please knock on the door if you have any cooked rice and kimchi to share". It was a note written and hung on an apartment door by a short film director and screenwriter who was found dead by a neighbor.

Choi Ko-eun, director of "Passionate Sonata" (2006), was found dead by a neighbor on Jan. 29 in her house in Anyang, Gyeonggi Province, and her body was cremated on Feb. 1 in accordance with the wishes of the deceased.

Her death is drawing public sympathy and causing a stir on the Internet, with hundreds of netizens posting messages mourning her death.

According to Anyang Police Station, she had suffered from hyperthyroidism and pancreatitis but received no proper medical treatment.

Police also suspect that she had not eaten for several days before dying, which they think may have been the key cause of her death.

"When we visited her house, she was very thin. We suspect she starved to death, especially suffering from chronic diseases. But the more accurate cause of death will be confirmed when the autopsy result is released in three weeks", a police officer said.

Upon the tragic news of her death, movie industry officials and Internet users posted countless messages on their blogs and message boards to express their condolences.

They said her death disclosed the poor working conditions in the movie industry.

"She was younger than me. She starved to death in a cold room. I can't help but cry. How could this happen?" actress Kim Yeo-jin said in a post on her Twitter account.

She made her debut with "Passionate Sonata" in 2006, which earned her the Face in Shorts Award at the 4th Asiana International Short Film Festival. After graduating from Korea National University of Arts in 2007, she also worked as a screenwriter.

"Young filmmaker's death draws public sympathy "
by HanCinema is licensed under a Creative Commons Attribution-Share Alike 3.0 Unported License.
Based on a work from this source