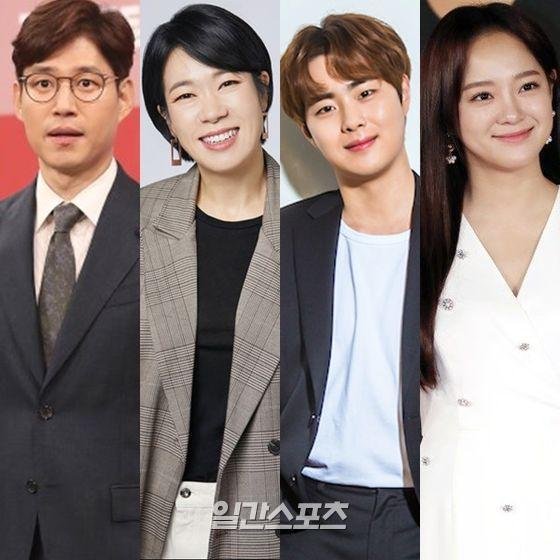 The cast for OCN's latest "The Uncanny Counter" has been confirmed.

"The Uncanny Counter" is a story of evil spirits from the afterlife who come down to Earth for an immortal life and counters that catch them, based on a webtoon of the same name that has been serialized on portal sites since 2018. Season 1 ended in October last year and season 2 has been serialized since April.

Yu Jun-sang, Yum Hye-ran, Jo Byeong-gyu and Kim Sejeong have confirmed casting and they began the drama with a script reading on the 30th.

Yu Jun-sang plays Jang Cheol-jeong, who boasts amazing physical skills that go beyond human limits, while Yum Hye-ran plays Chef Choo Mae-ok. Jo Byeong-gyu transforms himself into a title role and the only surviving child named So-moon from the scene of an accident. He is living a tough life in the hands of his maternal grandparents. He underwent several surgeries that were hard to endure with his young body, but failed to recover her injured leg, which led to a limp. He wants to live as quietly as possible, but everyone is a nuisance to him as they glance at him, be excessively kind and turn around and whisper about him. Kim Sejeong plays Do Ha-na, a character who can guess the location of evil spirits with her keen hearing. Other counters read only the near past, but she also has the ability to read the entire other person's life in a short time.

"The Uncanny Counter" premieres in November and it's helmed by producer Yoo Seon-dong.

"Yu Jun-sang, Yum Hye-ran, Jo Byeong-gyu and Kim Sejeong in "The Uncanny Counter""
by HanCinema is licensed under a Creative Commons Attribution-Share Alike 3.0 Unported License.
Based on a work from this source