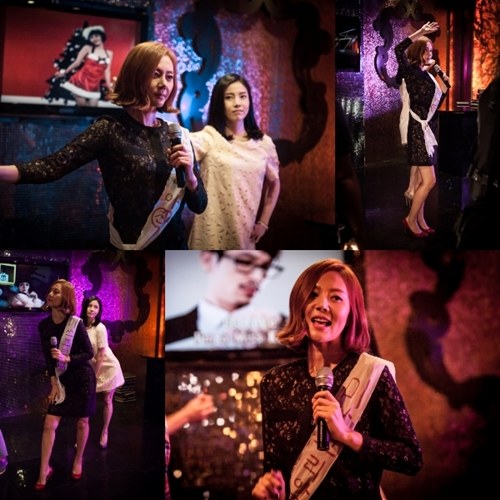 This scene was taken in Seoul on the 11th and Yum Jung-ah added haughtiness and boldness into the performance which was performed in a scene where she's entertaining her clients.

Apparently, Yum Jung-ah thought hard about her choice. Being an actually Miss Korea herself, Yeom started practicing her moves as soon as she decided her song.

Meanwhile, "My Neighbor's Wife" will be aired on the 14th of October.

"Yum Jung-ah is Lee Hyori possessed"
by HanCinema is licensed under a Creative Commons Attribution-Share Alike 3.0 Unported License.
Based on a work from this source