"Zombie Detective" Confirmed to Air on the 21st 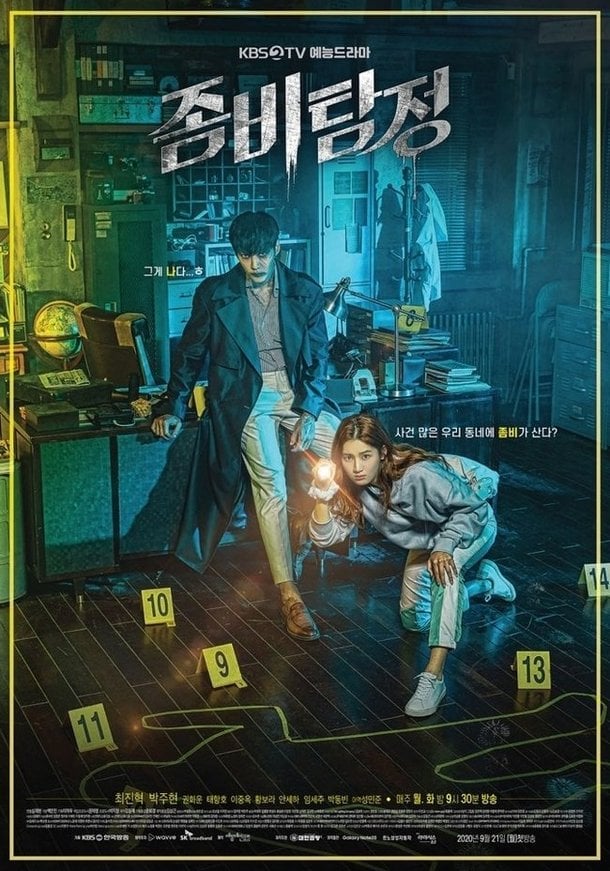 The formation of "Zombie Detective" has been confirmed.

The new KBS "Zombie Detective" is an entertainment drama about a zombie who revived 4 years ago changing his identity and struggling to survive in the human world.

Choi Jin-hyeok plays Kim Moo-yeong who is the CEO of a private detective agency who was formerly a zombie and doesn't remember his past. Having accepted the fate of zombies that never die no matter how many times they are stabbed or beaten, he burns his passion for the human world and begins training at all times. Contrary to his charismatic eyes, he is somewhat clumsy and reckless.

Park Ju-hyun, who plays Gong Seon-ji, a writer of a current affairs program with guts, is planning to dominate the small screen with her cheerful energy. She trains even zombies that appear in front of her and her outspoken, straight-forward instincts give her a pleasant experience. It raises questions about what kind of chemistry she will show with 'zombie' Choi Jin-hyeok.

Meanwhile, "Zombie Detective" is the first original content that terrestrial-OTT-IPTV collaborated with, and was jointly produced and invested by KBS, Wavve, and SK Broadband. Every Saturday, the second episode will be pre-released exclusively on Wavve and BTV, followed by Monday and Tuesday at 9:30PM on KBS.

""Zombie Detective" Confirmed to Air on the 21st"
by HanCinema is licensed under a Creative Commons Attribution-Share Alike 3.0 Unported License.
Based on a work from this source