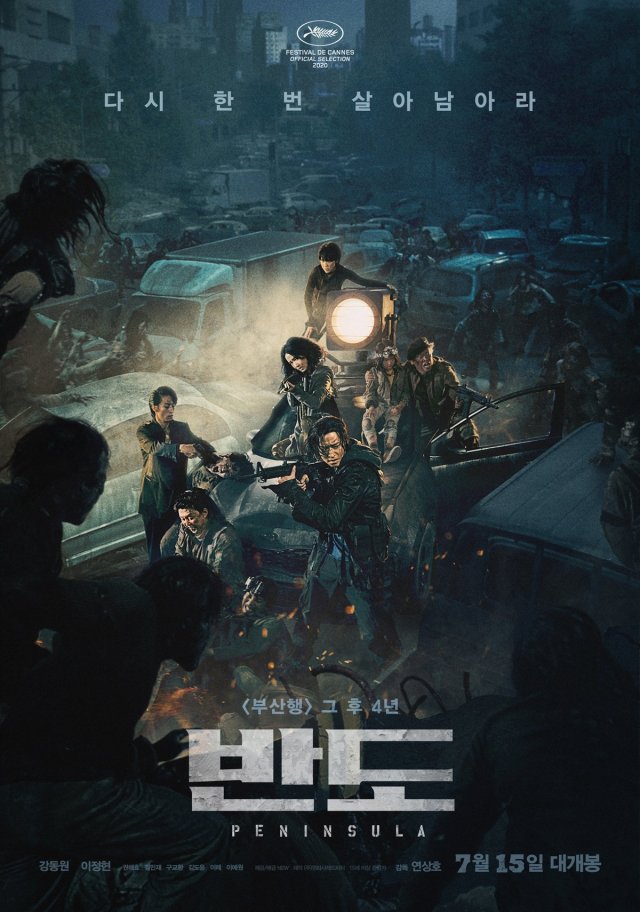 The milestone came about just 2 weeks after its release on July 15, becoming the second film to do so this year after "The Man Standing Next" in January when people started shunning theaters over the coronavirus scare.

The sequel to Yeon's 2016 zombie flick "Train to Busan" was simultaneously released overseas and topped the box office in seven Asian countries including Taiwan and Vietnam.

"Peninsula" is set four years after the first film and tells the story of people struggling to survive in the ruins after the destruction of the entire country by zombies.

"Zombie Flick 'Peninsula' Draws over 3 Million Viewers in 2 Weeks"
by HanCinema is licensed under a Creative Commons Attribution-Share Alike 3.0 Unported License.
Based on a work from this source