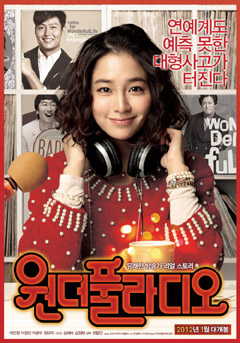 The movie "Wonderful Radio", starring Lee Min-jung and Lee Jung-jin, has sold over 1 million box-office tickets since it was released on Jan. 5.

The film lured 400,000 spectators in its first week and became the third Korean film after "Dancing Queen" and "Unbowed" to reach the 1 million mark this year, a feat it achieved on Feb. 2.

The three domestic productions have enjoyed roaring success despite the heavy competition from Hollywood blockbusters over the winder vacation season.