I wish I were there, oh so badly! 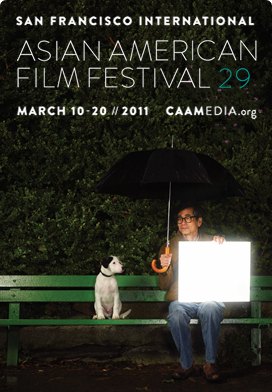 The 29th San Francisco International Asian American Film Festival (SFIAAFF) – March 10-20 – is officially underway and I couldn't be more excited. Opening night for SFIAAFF usually rings in the beginning of the Pan Asian film season for the upcoming year. Many other film festivals, movie enthusiasts and pop culture fans have their eyes on the SFIAAFF programming to see what the big hits of the year are going to be. Not only does SFIAAFF have usually exemplary programs, they also do a great job at feeding the inner Asian Pop Cultural geek with different seminars, workshops, concerts, and events.

To help those Korean-Content.com readers in the Bay Area (or those interested in making the trek up) decipher the many events and programs of the Festival, I've listed the Korean and Korean American films to watch as well as some fun programs that I would be going to if I were up in SF (because alas I am not).

There is a nice mix of South Korean and Korean American films, actually 2 films each. For Korean cinema, there is the exciting and thrilling, "The Man From Nowhere", which is being hailed as one of the best revenge films since Park Chan-wook's "Old Boy". On the opposite, more quiet and introspective side is "Dance Town", a film that uses a sweeping classical score to tell the story of a North Korean woman who has to escape to South Korea where a strange and peculiar life awaits her.

"The Man From Nowhere"

For Korean American films, people can enjoy the very intense documentary, "THE HOUSE OF SUH", which recently won the Grand Jury Prize from the San Diego Asian Film Festival this past October. The film is about a Korean American family dealing with life after their son murders their daughter's fiancé. Beyond this horrible incident, the film also speaks about tradition, honor and a family bond. They'll also be showcasing the political and powerful film, "M/F REMIX", about two characters living their lives during 2004 in the midst of wars, debt and technology. By Korean American director, Jy-Ah Min, it's best characterized through the phrase they have posted online, "iPod therefore I am. What are the grandchildren of 'The Children of Marx and Coca-Cola' up to?"

"The House of Suh"

After you've gotten in your fill of film, I'd suggest heading off to the very cool exhibition they have at the Festival grounds, PIXELS, POLITICS, AND PLAY. They're bringing an independent game exhibition which will allow people to experience storytelling and action through some very cool video games.

Then on top of that, end your evening at one of the many parties and receptions the Festival will be hosting including, DIRECTIONS IN SOUND. A combination of two of the best things ever invented, live music and music videos, this party is one of my favorite annual events throughout the entire Festival. They'll be showcasing some of the best in Asian American music videos while mixing in performances from five of the most talented underground acts in the Asian Pacific Islander scene.

There you go. You now have an entire weekend (or for some of you, entire 11 days) full of activities. Go watch a film, play a game and enjoy a drink for me. I'd do it for you.

"29th San Francisco International Asian American Film Festival"
by HanCinema is licensed under a Creative Commons Attribution-Share Alike 3.0 Unported License.
Based on a work from this source