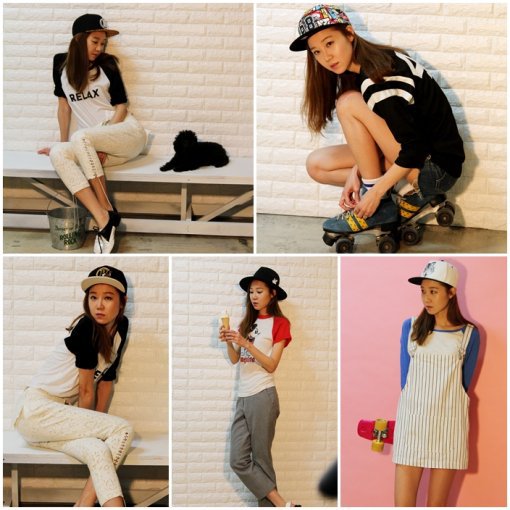 Pictures of Gong Hyo-jin modeling for the multi-shop Hatz On in various caps and natural outfits have been released.

Gong Hyo-jin's dog was also at the site and went around being cute, being admired by all the staff. It then appeared next to Gong Hyo-jin without a concern in the world and was captured with her.

The dog stood by its owner while she worked, regardless of the flashes everywhere around it and Gong Hyo-jin thought that was funny.

As soon as the pictures were released, the hats that she wore soon became sold out and proved the "Gong Hyo-jin Effect".

"Gong Hyo-jin's natural cuts"
by HanCinema is licensed under a Creative Commons Attribution-Share Alike 3.0 Unported License.
Based on a work from this source