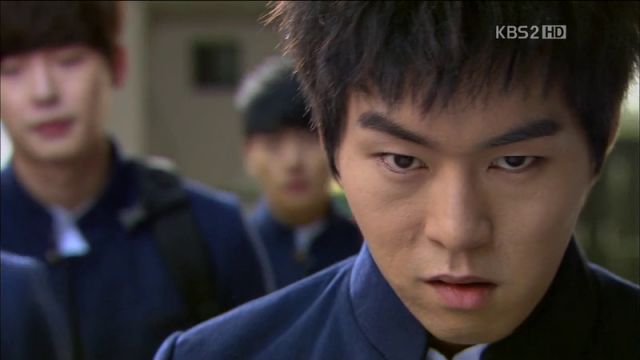 Kwak Jung-wook may not be a name we readily recall because he isn't a well-known leading man, but he is definitely a staple of the Korean drama and film acting pool. The young actor has had steady work since childhood and the experience manifests in his latest work. He has a vast emotional vocabulary on screen that makes him able to move from scene-stealing to barely present in moments.

When an actor rarely takes on leading roles, it can open him up to a variety of interesting and more unconventional roles, or it can limit him . Kwak has found himself in both situations. He is often found in student roles, but when he chooses a non-highschool role, he excels in it. Unfortunately it hasn't happened often in his spotlighted career.

The defining drama that proved this for Kwak was his role as the partially deaf student, Yang Kang-mo, in "White Christmas". The drama was a turning point for a lot of the young actors in it with its dark subject matter, small cast, and limited scenery. In it Kwak plays an embittered, partially deaf student of high intelligence and very little positive social interaction. It's a very typical role for a young actor, the staple high school role, but what makes it different is that the character suffers a disability and the creepy happenings around the school. What makes Kwak good at what he does is how he underplayed Kang-mo's anger issues. He keep his emotions tightly reigned and released them in bursts and spurts. He also controlled the amount of attention he called to himself on screen, and as a young actor that is difficult to do.

After "White Christmas", Kwak's next prominent role was in "Shut Up: Flower Boy Band". Again, Kwak was relegated to a highschool role because of his age, but again, he picks a peculiar role: an unconventional bully named Jung Ma-ro. The aura he portrayed was quite different than that of Kang-mo. Ma-ro is lackadaisical in nature, but shrewd, a combination of traits that balanced the others in his bully group. Kwak rarely stood out in the role save for when he had a few choice remarks to make as Ma-ro - then he quietlyy drew all the attention in the scene to himself. This skill needs to be given a chance to shine in a meatier role outside of a school. 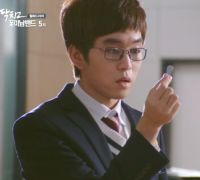 His smaller role  "Sword and Flower" showed that Kwak is perfectly capable of stepping outside the typical high school persona, but that came after his largest role as the violent bully, Oh Jung-ho in "School 2013". This was Kwak's greatest challenge. He has to start as pure violence and no restraint and gradually color the character with a dark past, a broken soul, and a slow growth of that insidious emotion called hope. He is terrifying when Jung-ho is exceedingly violent and it is this inhibition that show's Kwak's potential as an actor. He is willing to put all of himself into a character, and because of it, even the most brutal character becomes relatable and real. Now if he would land a role outside of the stereotypical high school kid, Kwak might be able to expand his acting vocabulary and really show the world what he's made of.