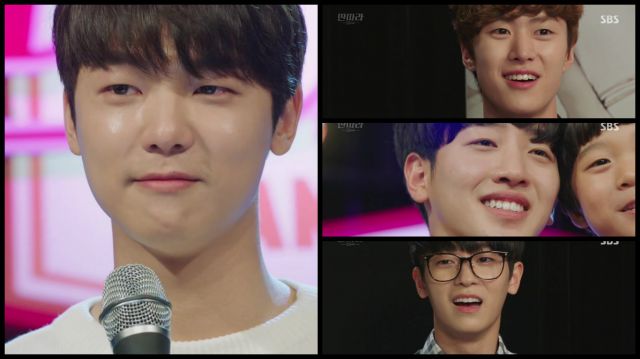 This episode of "Entertainers" was particularly heartwarming. As is the trend with the drama, things resolve a bit too easily and the media doesn't have enough power. Despite those faults, there is just something about Seok-ho and his boys that turns hearts into puddles of goo and defy all logic.

There is something special about the brotherhood and family forged by the characters in "Entertainers". Seok-ho, despite his ruthlessness in the beginning, has a knack for bringing people together. It is what makes him a great eye for talent and managing groups. (I do wonder that his malicious habits of years and years just disappear without any efforts to quash them, but that was explained away by his emotional distress over the composer's suicide and the situation with Jinu and Ha-neul.) The boys of the Entertainer Band band together to fight media manipulations and social stigmas: Ha-neul's frame job as the perpetrator of sexual assault and Yeon-soo's young, single fatherhood. I do very much love that such difficult issues are tackled, but I wish both were more directly combatted, especially Yeon-soo's parenthood. He is shown as a caring father who isn't ashamed of his son, which is so important for a younger parent and even more important for the mental welfare of the child. 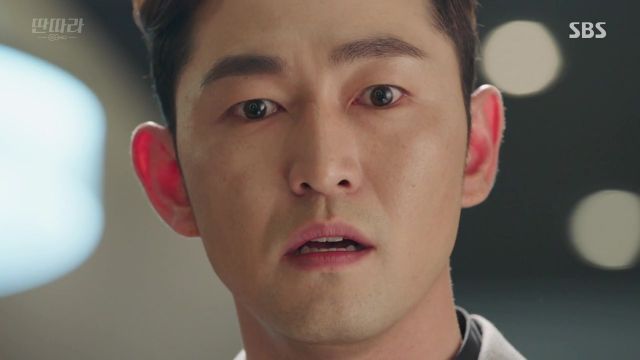 A woman who is obviously Chan-hee's mother and Yeon-soo's first love appears and for once I'm not opposed to the "return of the ex" that is so popular in K-drama. In this case, Yeon-soo's face is everywhere and it's easy for her to find him. For whatever reason she left, and perhaps it's guilt or love or some other reason that compels her, but she's back. I'm curious to hear her reasoning to leaving Yeon-soo with their son. I'm also curious to see his reaction. He's so even-keeled, a solid support for everyone in the group. This could really throw him off and it might be exciting! Especially since he has a huge crush on Min-joo, the woman who is beautiful, good to his child, and good to their band.

The other romance in the show, Green and Seok-ho, and Ha-neul's crush on Green, seems like an afterthought compared to all of the other escapades. Between the investigation of Ha-neul's record, the band's activites, skirting media harassment while also attempting to harness media power, and surprise fanmeetings, there is almost no room for a lackluster romance. Seok-ho and Green feel like Green and Ha-neul - just like siblings. There is no spark, not like with Ha-neul's feelings for Green. I'm wondering if it has something to do with Hyeri. I felt the same way with her character in "Answer Me 1988". I was never convinced of her romantic emotions, but very much convinced by her platonic ones. 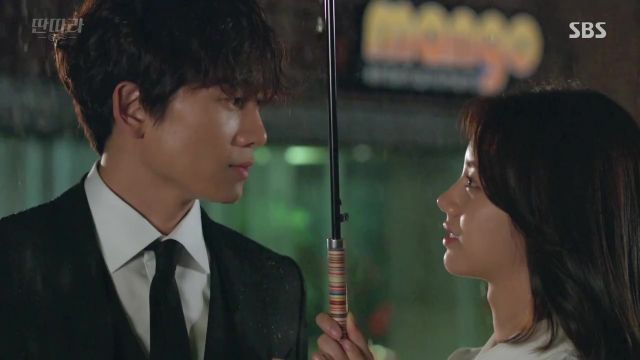 Jinu's turn around has been a painful battle against his conscience, and I appreciate the road he walked to get to this point and the fact that he was brave enough to tell the truth despite the fact that it will probably ruin his life. But this is another issue a little too easily dealt with by "Entertainers". It's a series of small problems that are tied up before moving on save for a few undercurrents of mystery like Ji-yeong's frame job and the truth behind Ha-neul's brother's death. This criticism shouldn't detract from the bravery of Jinu's character, but I do hope that the media fallout is properly portrayed and the effects on the lives of our band and Jinu are realistically depicted.

KTOP's CEO and Joo-han are just utter morons. They sit there and get mad and plan evil things without an intelligent word passed between them. They and Ji-yeong are still just reactionary villains who need some beefing out. They are mind-numbingly dull.

In spite of my quibbles, I'm still behind the show for the brotherhood. I hesitate to call it bromance because it is more than that charged word. It is makeshift family that becomes stronger than blood. It is what true friendship looks like. "Entertainers" definitely has it right.