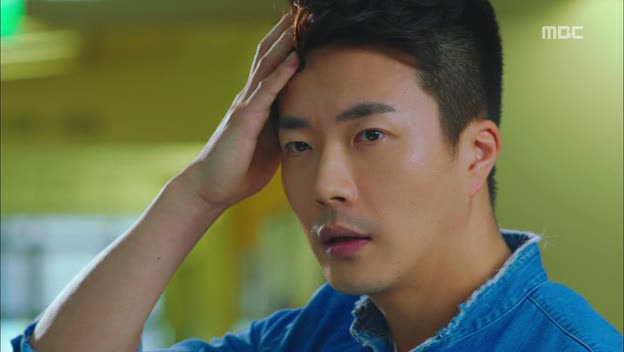 "Medical Top Team" is still setting up. The actual "Medical Top Team" is in the formation process and the candidates are a point of contention in the story. While the initial set-up in earlier episodes of K-drama is usually tedious, "Medical Top Team" tempers that tedium with juicy character development. It explores the fundamental ways in which doctors approach medicine. Some do it to preserve their pride; some to make money; others to help patients. It's exploring being a human in a medical setting rather than being a "medical" drama.

The characters in this drama all have something to prove no matter their status in the hospital. Perhaps most of all is Seung-jae, the illegitimate son of the chairman trying to prove his mettle with the "Medical Top Team" project. He wants so desperately to protect his project that he tells the others doctors and the chief of thoracic surgery that Joo-young completed the minister's operation herself. He also wants to protect Joo-young, but she doesn't want to be protected. She tells the other doctors the truth, wanting to do things by the book and to not to receive undue credit. In fact, she is angry that the rest of the hospital thinks that Seung-jae is enabling her and that she didn't earn her reputation on her own.

This inflexibility of hers is called out by the extremely flexible Tae-shin. He apologizes for the misunderstandings the minister's surgery caused, but she is unforgiving. Her pride is injured and she adamantly says that she could've finished the surgery. Tae-shin tells her patients come before a doctor's pride. This will definitely be a point of growth for Joo-young who represents the way that many people, not just doctors, think. They preserve their pride rather than the lives of other people.

Such is the way of the board members who discuss the "Medical Top Team" and its candidates. They want members of their hospital team to be a part of it. The Chief of Thoracic surgery threatens Joo-young to step down in order to lessen the competition against a senior surgeon. That threat compounded with rumors of Seung-jae supporting her career make her decide to bow out of the co-petition, short for cooperative competition.

Tae-shin, on the other hand, decides to join the "Medical Top Team" after a lot of wooing on the part of Seung-jae. Seung-jae offered to treat Tae-shin's beloved child patient and support the countryside hospital where Tae-shin works that has recently decided to close due to lack of funding. Seung-jae is desperate enough to make an impression that he chases after Tae-shin, brilliant, independent man who will shake up the status quo. And Tae-shin is desperate enough to save the hospital and its patients that he accepts.

An underlying plot thread is that of Sung-woo who likes Ah-jin who hankers after the older, quirky Dr. Jo. Sung-woo is the youngest doctor of the group, eager to prove himself and also spineless when it comes to love. It's a nice dynamic to add to the power struggle at the top of the hospital ladder.

The tone of "Medical Top Team" is generally even and captivating. On occasion, however, it takes itself too seriously and the moments that were intended to be introspective become laughable. One scene has Tae-shin brooding over the ill-fated countryside hospital. His patients who were assigned to other medical centers gather around and cry and hug him. It's just too much to prove a point: Tae-shin is a brilliant and well-liked doctor. That is already very well-known.

Aside from that minor contention, I find the show to be engaging, the music music well-chosen and the acting natural. It's good, solid stuff.