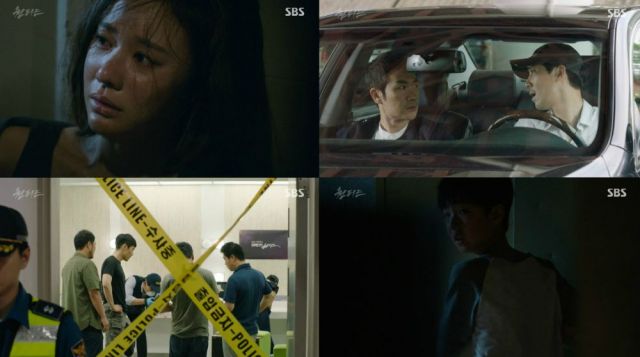 A couple of episodes back I said that "Wanted" is making me paranoid. The series is quick to reward and encourage this viewer mindset by proving my assumptions right. Hye-in's life faces danger in episode six and so does the show during her absence. New suspects and criminals surface while Hye-in's "allies" are preoccupied with their own agenda. We have a new murder in the present, one in the past and the first direct call from Hyeon-woo.

We are finally getting into the nitty-gritty of this case, or at least it would seem so. This episode takes a little step back from throwing standalone cases at us and instead continues to focus on Jo Nam-cheol (Park Sang-wook) and most importantly, Hye-in's (Kim Ah-joong) role in this. What I am not sure of is whether her personal involvement and story is the end game of our plot or whether her husband's death is just one stroke on a much bigger canvas. 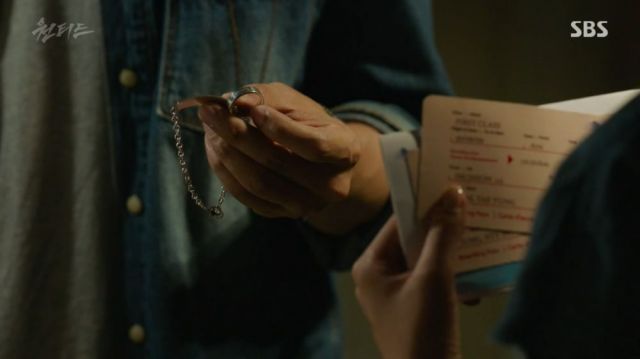 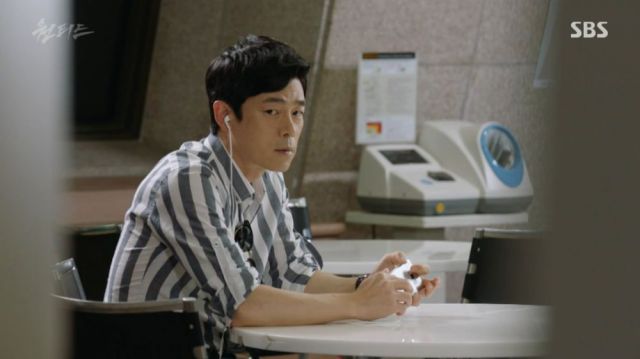 Coming back to my newly fueled paranoia, we have two new things to consider. I am curious as to what role Kyeong-hoon (Bae Yoo-ram) will play in things. Is he just a rogue element for further conflict or does he have skills which might aid Hye-in? Joon-goo (Lee Moon-sik) surviving the attack largely unscathed is suspicious and so is his phone. He has been a possible culprit from day one, but he may have a different secret related to the case.

I hope that this is not another case of an evil conglomerate, but it looks possible. Hye-in's enemies are increasing and her apparent allies are moving further away. Seung-in (Ji Hyun-woo) does not abandon her, but his lack of focus on her current situation is tough to see, especially after he proclaimed to be her protector. Dong-wook (Uhm Tae-woong) is getting increasingly greedy as well. I have to commend the acting in this series, because it adds so beautifully to my uncertainty. 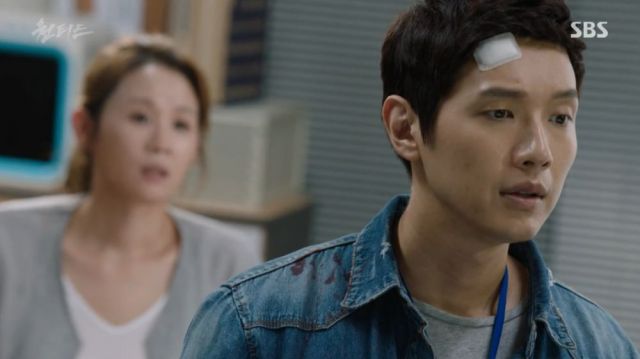 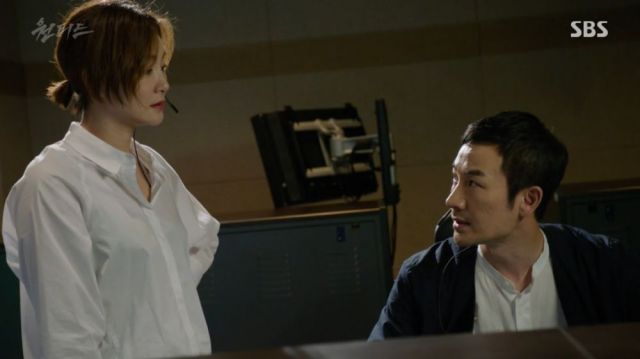 In addition to the episode's focus on plot progression and suspense, the creators continue to make social commentary. Woo-sin (Park Hyo-joo) confronting Dong-wook over his work ethics and lack of decency is a harshly honest look at the nature of entertainment and even journalism. Sensationalism in media is an already immoral end often reached through dishonest, immoral or even criminal means. Nepotism and corruption are a whole other can of worms, but I hope the series opens it as well.

Despite my confirmed suspicion that Na Soo-hyeon (Lee Jae-kyoon) is more than a coffee shop worker, I doubt he is more than a pawn. Regardless, his presence brings us one step closer to Hyeon-woo (Park Min-su) and we get to confirm the boy's condition. I feel as if the creators want the viewers' intellectual participation, which is a pleasant rarity I highly appreciate.