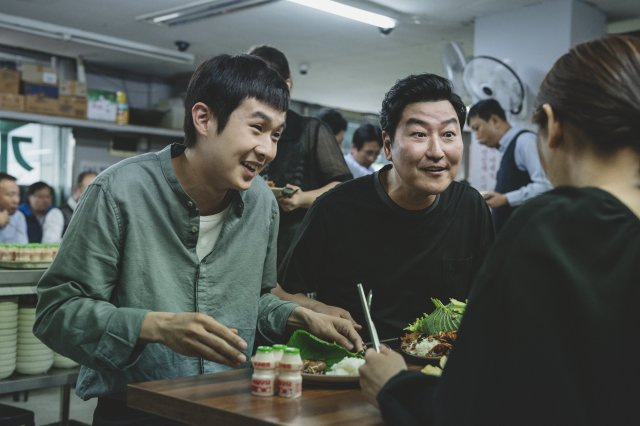 Following critical acclaim at the Cannes Film Festival, the cast and crew will appear at stage greetings in Seoul on June 1st and 2nd next weekend to promote "Parasite". Director Bong Joon-ho, as well as actors Song Kang-ho, Lee Sun-kyun, Cho Yeo-jeong, Choi Wooshik, Park So-dam, and Jang Hye-jin will all be present for the stage greetings.

Special gifts are also being prepared for viewers at these screenings to make them extra memorable. "Parasite" is being billed as a family tragedy, albeit one with comedy elements, and will open at the South Korean domestic office on May 30th.

"[HanCinema's News] Cast and Crew of "Parasite" to Appear at Stage Greetings in Seoul"
by HanCinema is licensed under a Creative Commons Attribution-Share Alike 3.0 Unported License.