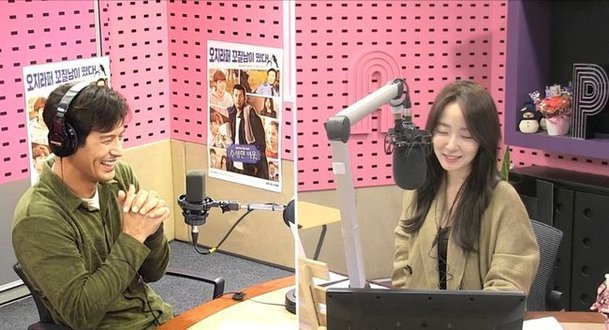 Actor Oh Ji-ho recently appeared on the morning radio program 'Park Seon-young's Cine Town' to discuss his latest movie. He describes his interest in "Rainbow Playground" as stemming from having children. Though Oh Ji-ho has said he used to be averse to public spaces with people, thanks to his children, now he seeks them out.

According to Oh Ji-ho his wife is not interested in when he comes to the house anymore, because she is focusing on childrearing. Their daughter, who is four years old, was described as having a considerate memory when it came to remembering her father's injuries. Oh Ji-ho also describes her as very talkative, having known only three words two years ago, but now always talking to herself. He has referred to her as both very pretty and very noisy.

Oh Ji-ho also mentioned his recent appearance on "Hotel Del Luna". He explained that he has long known Hong Jeong-eun and Hong Mi-ran, who wrote the drama. Oh Ji-ho said that when the sisters called and asked him to make a short special appearance he agreed, although there ended up being quite a bit more work than he was expecting. Oh Ji-ho also mentioned his fellow cast and crew members on "Liver or Die", saying they have a chat room and that they try to meet up once a month.

As for shooting conditions on "Rainbow Playground" Oh Ji-ho mentioned they were quite difficult, as he was only allowed to wear one set of clothes and was made up to look dirty for the sake of the role. Oh Ji-ho maintained strong praise for the project and the way it addressed various social issues while maintaing a comic tone. "Rainbow Playground" opens in South Korean theaters on October 9th.

"[HanCinema's News] Oh Ji-ho Talks About his Family and "Rainbow Playground""
by HanCinema is licensed under a Creative Commons Attribution-Share Alike 3.0 Unported License.