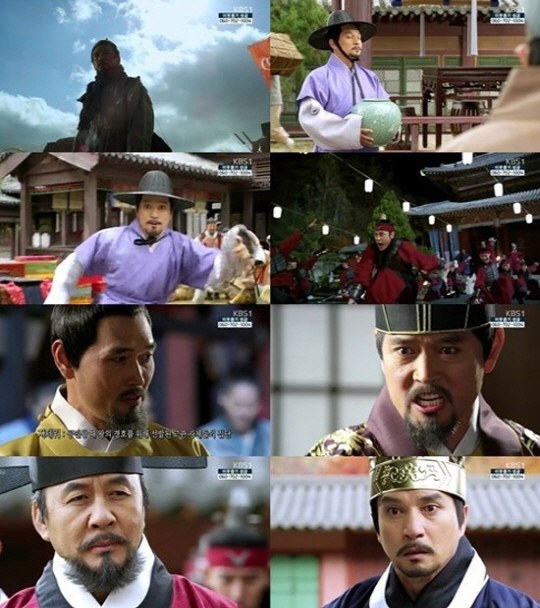 The first episode of "Jeong Do-jeon" was about the scholar named Jeong Do-jeon (Cho Jae-hyun) from the era of King Gong-min. With Goryeo on the verge of becoming extinct, the drama showed the seriousness of the situation then with the death of the people who were building a tomb for the dead Princess Noguk and a feast hosted by King Gong-min.

Cho Jae-hyun is starring in his first historical drama in about 3 years and has done a good job of creating an intense atmosphere with Park Young-gyu in the role of Lee In-im, a highly powerful figure.

""Jeong Do-jeon" first broadcast, Cho Jae-hyun shines"
by HanCinema is licensed under a Creative Commons Attribution-Share Alike 3.0 Unported License.
Based on a work from this source